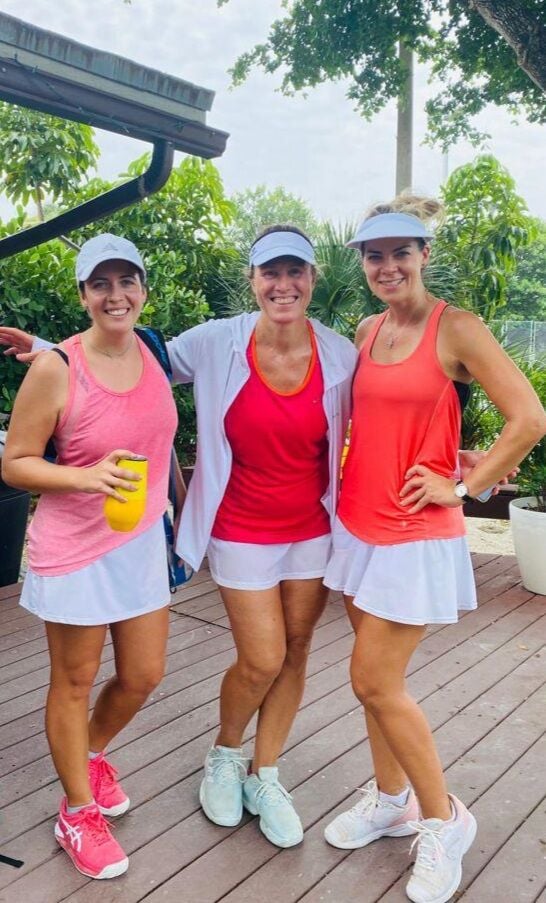 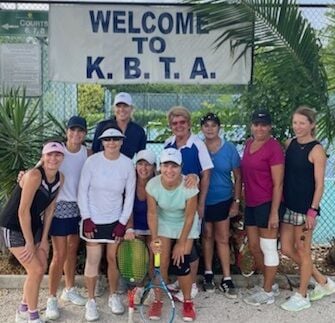 From meaningful friendships to cutthroat competition, the ladies tennis league on Key Biscayne are sports experiences where women truly rule.

A talented array of women compete in matches on the Key Biscayne Tennis Association’s nine clay courts and one hard court throughout the year. KBTA is a non-profit public tennis facility located at the Crandon Golf Course.

Also, the USTA and South Florida leagues run from September to December.

Deborah Holton, who plays in the USTA League and the South Florida Women’s Doubles League, created the USTA league. “My goal was to ... find and match the right partners for the right people,” she said, noting that creating competitive balance lends itself to forging friendly relationships.

The USTA league players range in skill from novice to advanced. The teams are composed of 13 women, eight of which compete at a time. There are three doubles games and two singles matches in each competition.

“The USTA is a much more competitive league,” said Holton. “The South Florida Doubles League is a more social league. The women prepare for their respective competitions by practicing and working with a variety of experienced and personable pros.”

Most of the participants have taken lessons from Juan Yuste or Daniel Bigio, pros at KBTA, or a host of other talented tennis teachers in the area.

“The best part for me is watching how happy players get when they improve and they’re able to put the skills and strategy they’ve learned into a match,” Bigio said. “Once they can apply what we have worked on to a competitive match… That is the joy of coaching for me. “

The South Florida Doubles League is a combination of competition and comradery. It could easily be labeled “Friends and Forehands'' or “Backhands and Brunch.”

“It’s an opportunity to do what I love, meet new people, get exercise and have fun,” said Lisa Arazmendy, who captains the South Florida Doubles Tennis Leagues’ B1 Team. The league begins in October and runs through May.

Lisa Kornse, a KBTA member for 20 years, also plays in the South Florida league and said she enjoys the multicultural makeup of the participants. “I’ve played (tennis) now for 32 years and it’s been a complete quality of life enrichment,” the retired nurse said..

A total of about 500 women compete in the respective women’s tennis leagues, with about 80 from Key Biscayne. Whichever league women participate in, however, Kornse said one thing is for certain: “We all enjoy the social side, having fun and all that.

“But let’s be clear,” she added, “Nobody comes out here to lose.”

How to Sustain Generosity Beyond the Holidays

Saints get both good and bad news on Monday's injury report

Is it Taysom Time for the Saints? If he's healthy, he could be New Orleans' best bet