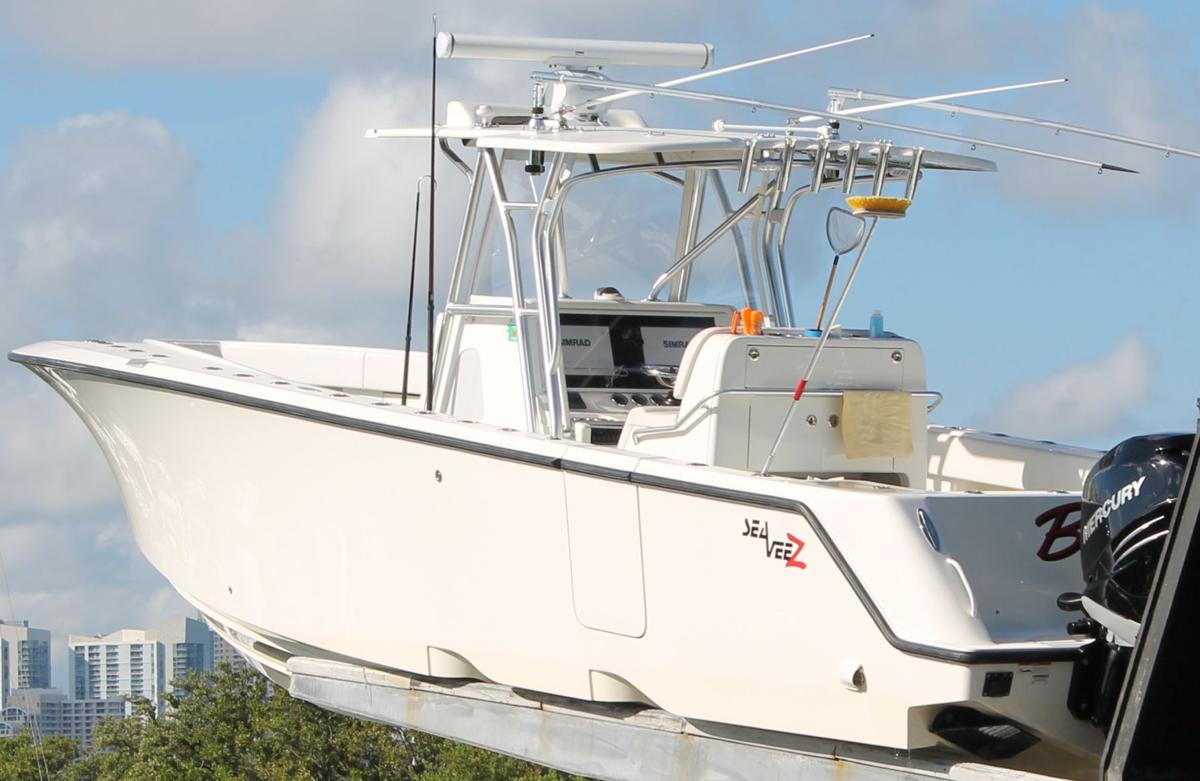 A recreational boat is brought down for the client by the Neptune Hoist Liftruck operator at Rickenbacker Marina.  Photo by Raquel Garcia/ISLANDER NEWS 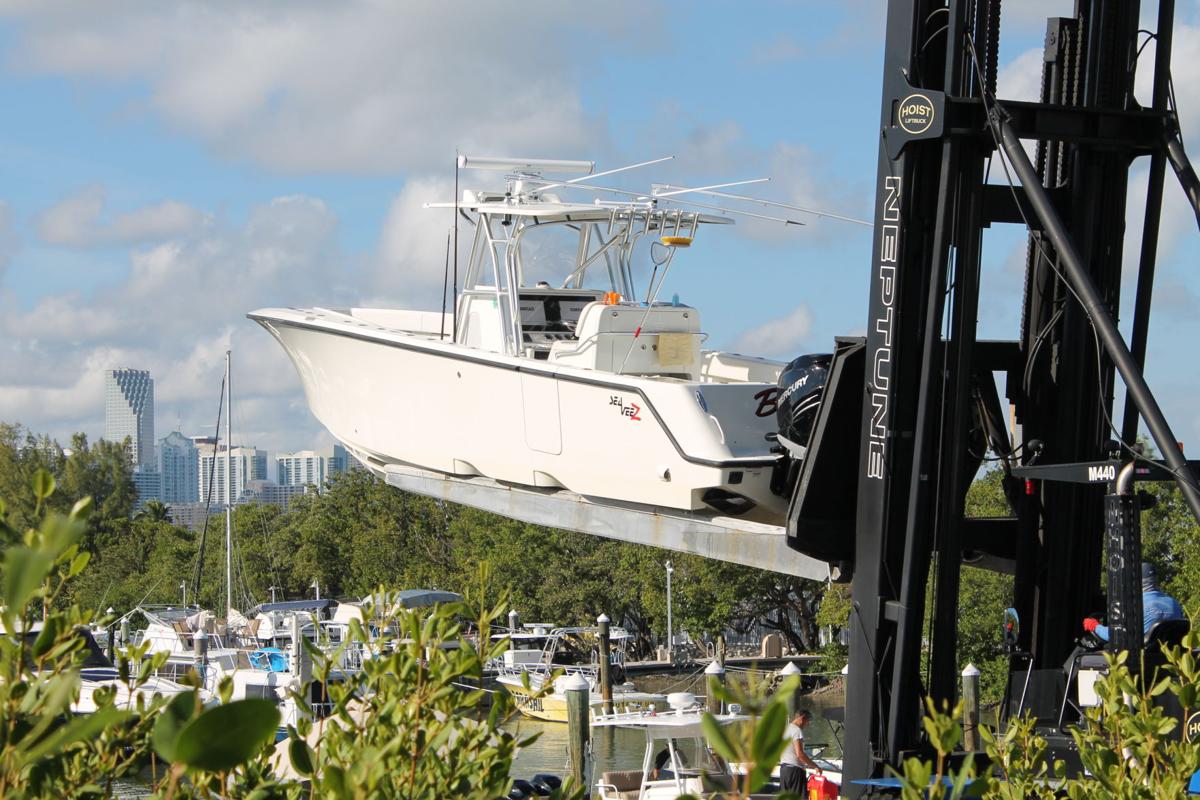 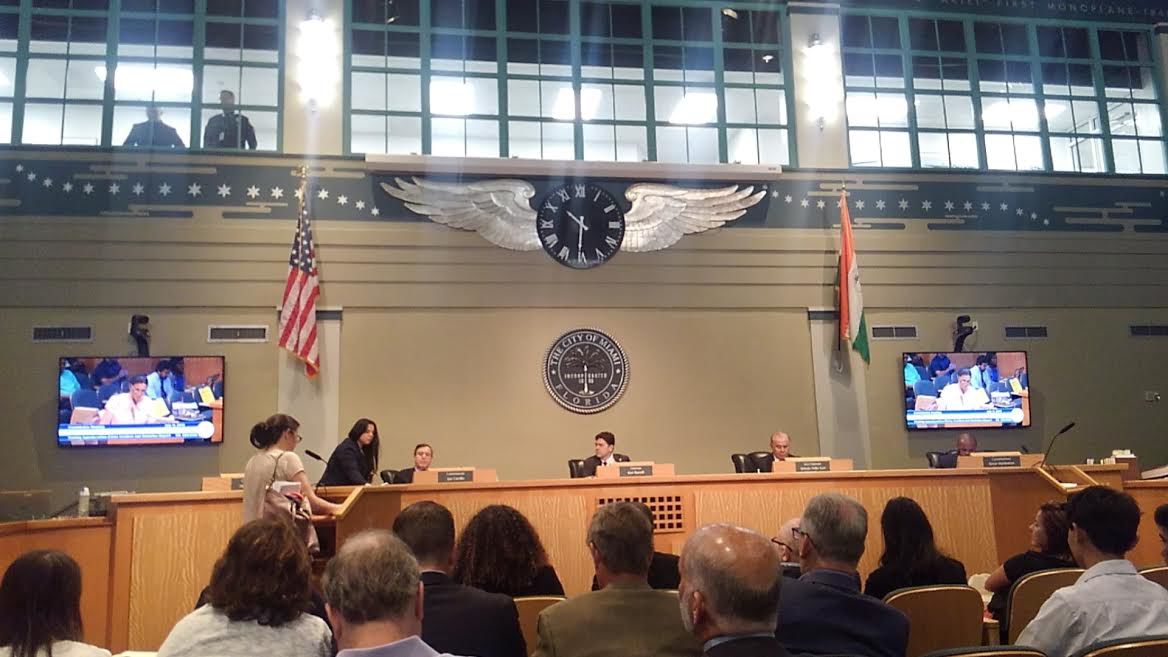 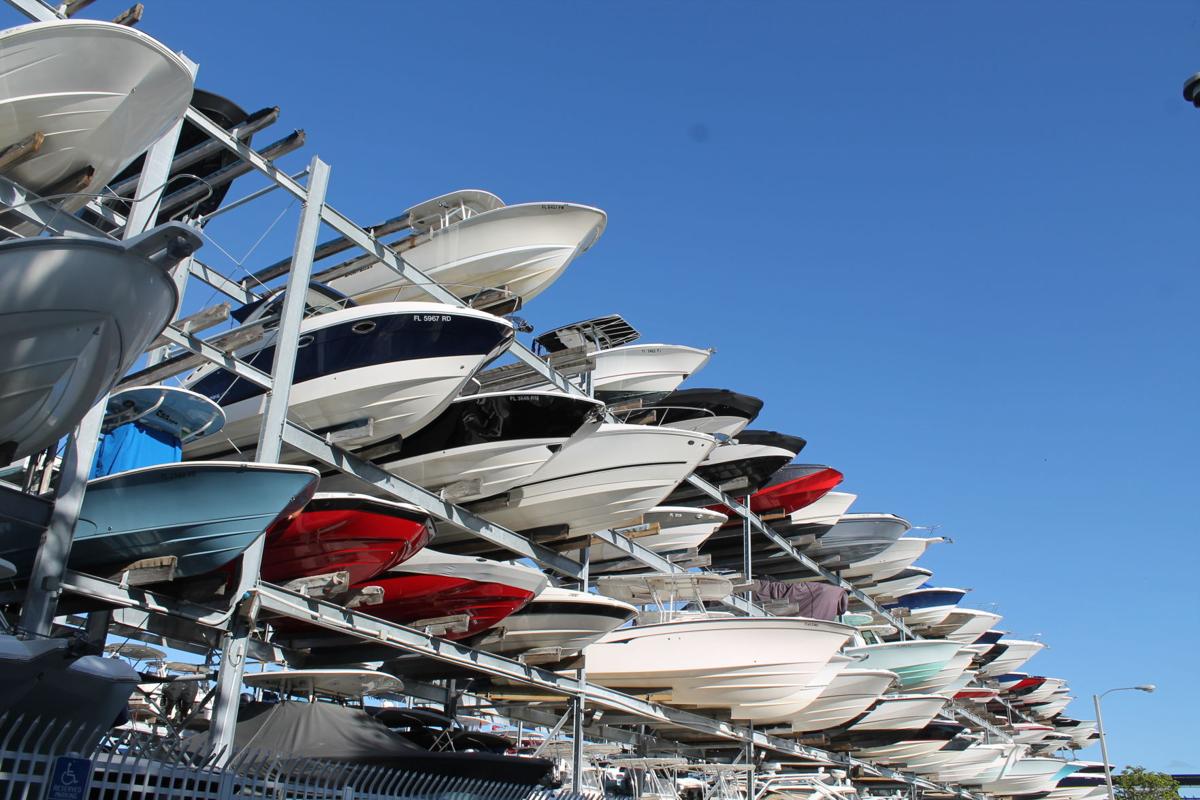 A recreational boat is brought down for the client by the Neptune Hoist Liftruck operator at Rickenbacker Marina.  Photo by Raquel Garcia/ISLANDER NEWS

After 17 deferrals, new potential operator for Virginia Key Marina is dead in the water

Five years, two RFPs, a trip to the District Court of Appeal, and 17 deferments later, Rickenbacker Marina is to remain in the hands of the current operator according to a vote by the city of Miami commission at its July 11 regular meeting.

Over three hours of back and forth accusations by competing bidders ended with the city commission rejecting a resolution to redevelop the marina on Virginia Key. A yes vote would have resulted in the deal being placed on the November ballot for public approval required for certain leases of city owned waterfront property.

Eric Levin, a city of Miami resident who uses the marina, spoke in support of awarding the contract to a new operator during public comment. Levin said after the meeting that the decision not to move forward with the winning bidder Virginia Key LLC was unfortunate.

“Nothing happening after doing a RFP and all this back and forth really shows that these commissioners are not doing the job we elected them to do,” he said.

In response, the opposing side said that Mr. Levin was associated with the potential new operator.

The commission meeting was the culmination of over five years of litigation that arose from two RFPs that resulted in a selection committee recommendation to award the marina redevelopment contract to Virginia Key LLC, a company controlled by Robert Christoph Sr. and Jr.

Rickenbacker Marina Inc., the current operator led by Aabad Melwani, filed a bid protest in 2017 that worked its way through the court system all the way to the District Court of Appeal but was eventually rejected.

The winning proposal by Virginia Key LLC included 162 wet and 750 dry slips, 2500 feet of bay walk, and over 20,000 square feet of retail space. The proposed lease includes payment of $2.2 million in annual rent plus 6% of revenues and would run 45 years with two 15-year renewals.

The commission had previously deferred awarding the redevelopment to Virginia Key LLC seventeen times. The latest delay was caused by a number of accusations from the losing bidder, including ties to Cuba, and alleged convictions of environmental crimes.

A significant amount of the hearing was spent on sorting out accusations about the winning bidder’s presumed business dealings in Cuba.

Rickenbacker Marina Inc.’s attorney Miguel De Grandy pointed out that the genesis of the Cuba issue was the Christophs’ own statement in a May 2019 city of San Diego marina bid proposal that read in part: “…recently they have been awarded large waterfront development in Cuba.”

Virginia Key LLC’s attorney Al Dotson insisted that it was all a mistake and attempted to convince commissioners that his clients had no dealings with Cuba by submitting letters to that effect from the U.S. Treasury and State Departments, along with an affidavit from Robert Christoph Jr. attesting to not doing business in Cuba.

Commissioners Joe Carollo and Manolo Reyes peppered Dotson with questions about the documents provided and what they actually proved and didn’t prove.

“(It appears that the Christophs) included information about Cuba when it was advantageous to them in the San Diego bid, and are now asking that it be disregarded because it is frowned upon here,” said Commissioner Ken Russell.

Rickenbacker Marina Inc.’s attorney De Grandy also alleged that a subcontractor included in the winning bid had been convicted of environmental crimes involving destructions of reefs in Biscayne Bay, and that another subcontractor was defunct.

Dotson responded that his client had removed both contractors from the bid and made a number of accusations of his own, pointing out that the current operator had “sued the city three times, the latest being filed last month.”

In response De Grandy presented multiple cashier’s checks for the past due amount of $500,000.

Ultimately the commission voted down a motion by Commissioner Keon Hardemon to approve the resolution to award the contract to the winning bidder on a 3-2 vote, with Reyes, Carollo, and Russell voting “no” and Commissioners Willy Gort and Hardemon voting in favor.

Russell’s motion to have the RFP thrown out once and for all and explore other options for operation of the marina did not pass, and Reyes’ suggestion that the city begin evicting the current operator went nowhere.

Dotson said after the hearing, “It is perplexing that some commissioners are now seeking to reexamine what form redevelopment of the marina should take.”

“The commission could have had this same discussion before the proposers expended hundreds of thousands of dollars, the courts upheld this process three times, and the city continues to lose revenue,” he said.

In effect, the vote to not award the contract without voting to throw out the RFP, results in the RFP being put in limbo until such time as another resolution to award the redevelopment contract to the winning bidder Virginia Key LLC is brought forward.

The commission instructed the city manager and staff to continue researching options on management of Virginia Key Marina.

For now the status quo remains with Rickenbacker Marina Inc. continuing to operate the marina.

Raquel Garcia contributed to this report.