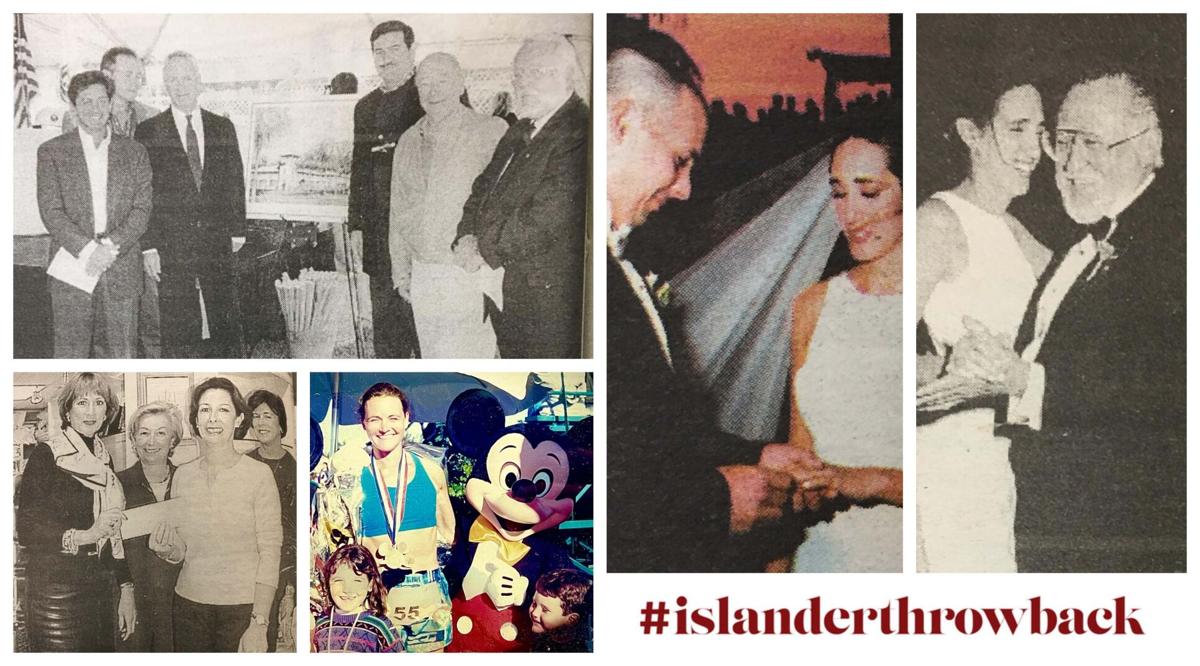 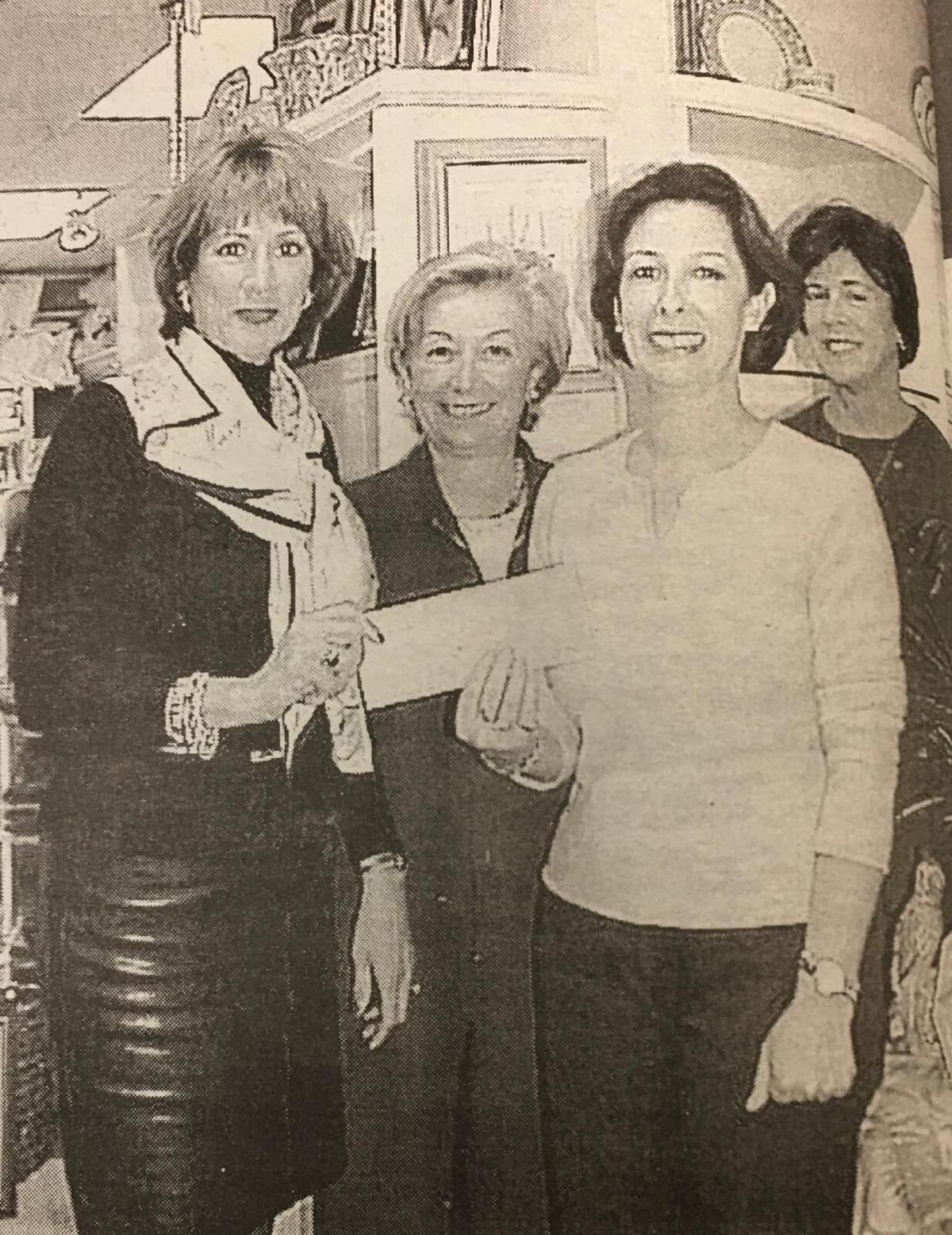 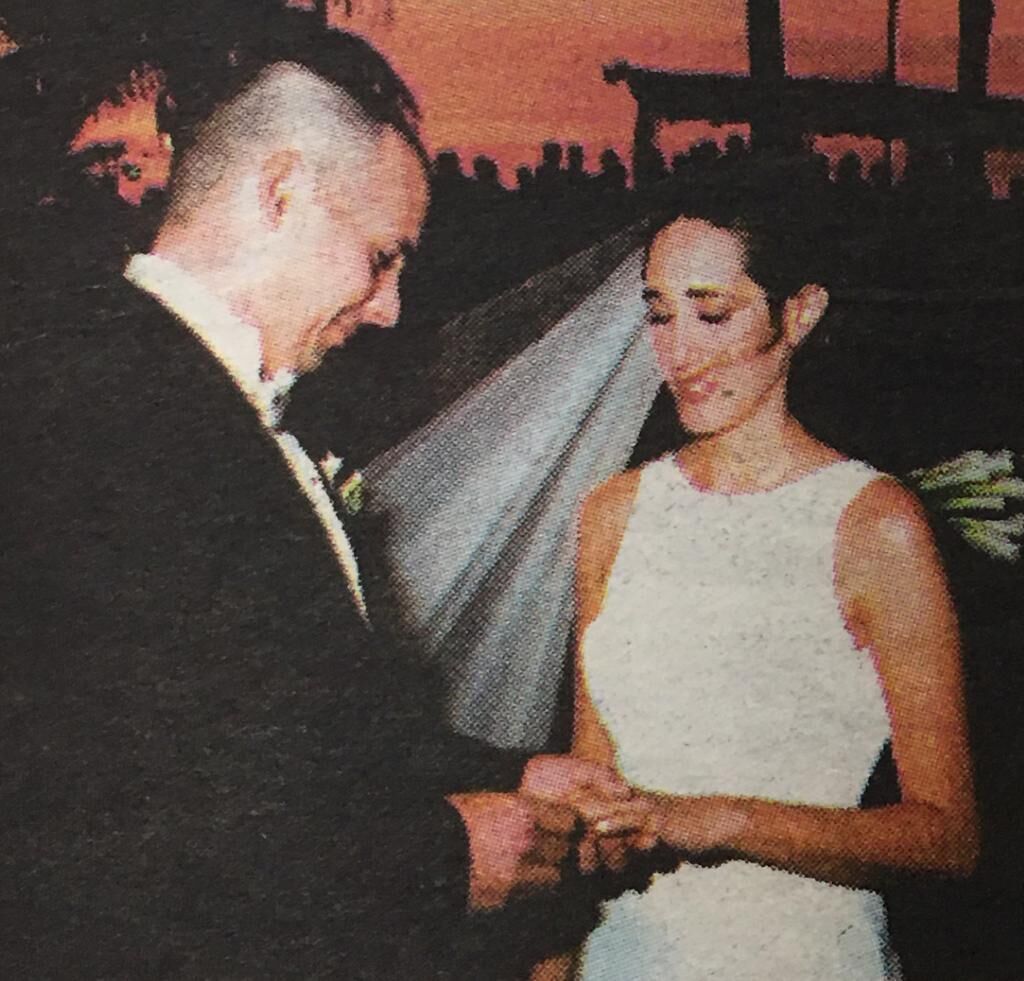 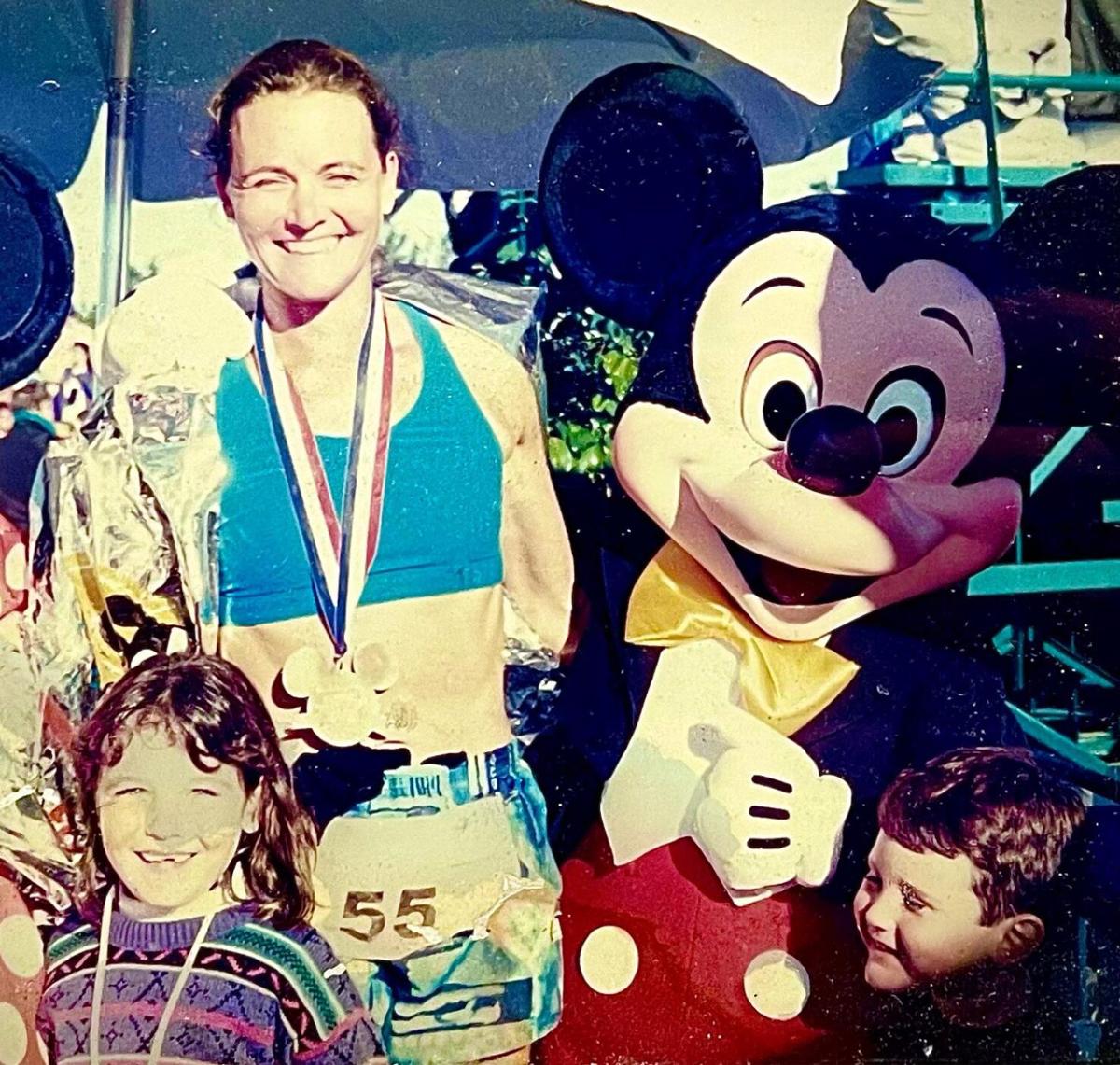 Heidi Coleman Arguelles at the finish line with children Daniela and Fernando. 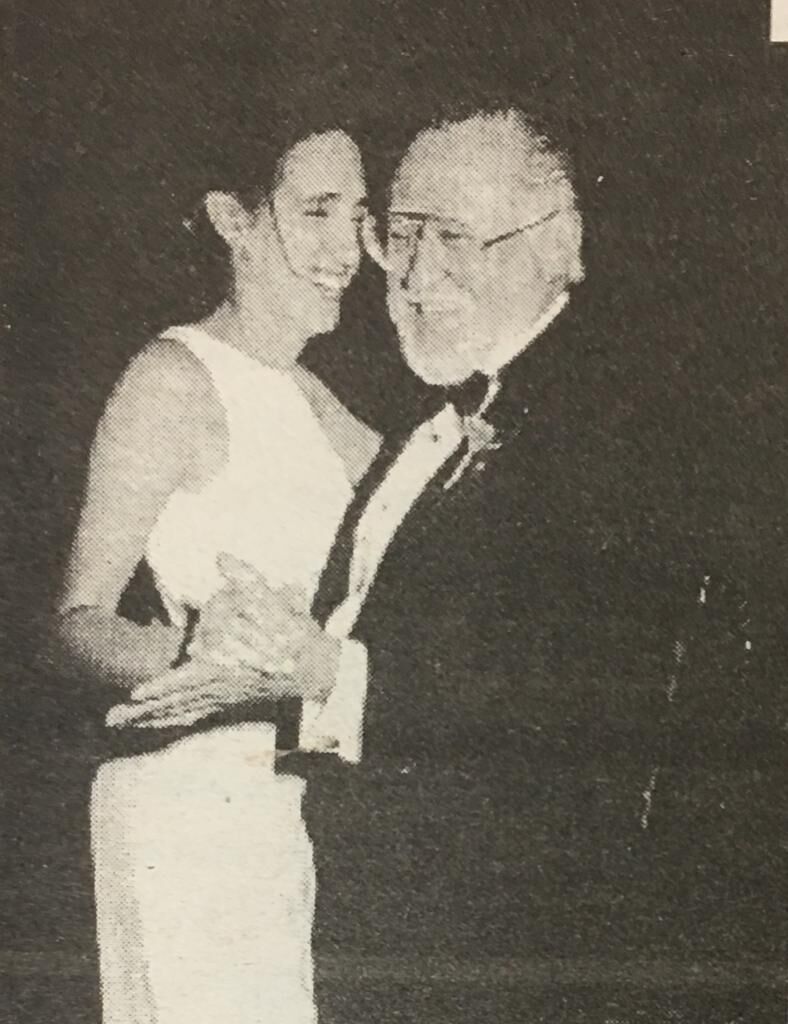 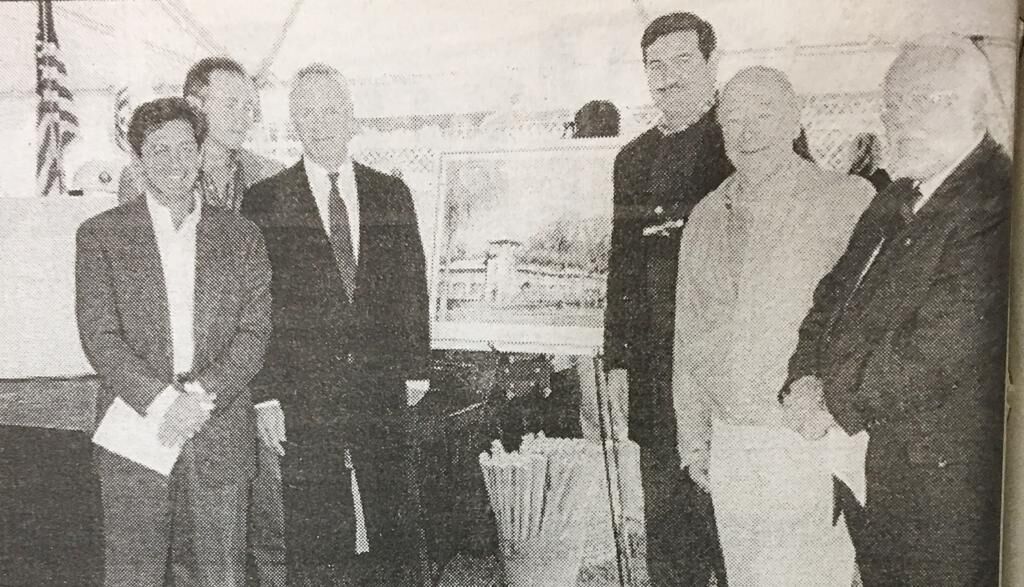 #islandthrowback is a step back in time on Key Biscayne. This is from the Islander News editions of January, 2000 where the news included Civic Center groundbreaking, fancy wedding, stolen (and recovered) dog, and more...

In the waning days of 2000, groundbreaking ceremonies for the new Civic Center complex were held on the Village Green. Residents were invited to view an architect’s rendering of the complex.

Monica Borrotto and Jorge Luzarranga were married at St. Agnes Catholic Church in front of 40 close relatives from both families. The wedding was followed by a dinner at the Commodore’s Room at the Key Biscayne Yacht Club. Two days later a celebration was held at the Miami Rowing Club with 800 guests.

Key Biscayne’s Heide Coleman Arguelles placed fourth overall among female competitors at the Walt Disney World Marathon with a time of two hours, 55 minutes. “My training went well and it was wonderful having my family at the finish line. I felt them cheering me on”

Three other Key residents competed in the race, Alberto Carvajal with a time of 3:21, while Hector Santaella clocked a 3:44 time and Astrid Gotthold ran a 4:43.

The Unilever-owned Bestfoods Baking Company has announced the appointment of Richard A. Turici to vice-president. A Key Biscayne resident, Turici previously was general manager for the company. His responsibilities include the manufacturing, distribution and marketing of Entenmann's Cake, Thomas’ Bagels and Muffins and Arnold Bread across the Southern United States. He lives and his wife Jeanette live on Key Biscayne. She is a 30- year employee with BellSouth.

Two males in a white pick-up truck stole a Jack Russell Terrier from a residence at the 200 block of Harbor Drive. The owner witnessed the men pull into the driveway and take the dog away. The owner got in his car and attempted to find the dog thieves. He also called Village police, who began stopping drivers of vehicles which matched the description of the subject’s. About 10 minutes into the search, the owner found his dog at the intersection of Harbor Drive and Cranwood Drive. The dog was unharmed.

Lucia Cordovez won the Islander News $500 holiday raffle. Participating stores on the key gave customers a raffle ticket, making them eligible to win. The winning ticket was from The Island Shop. Cordoves is pictured with Maritza Minor of the Islander News, and Island Shop owners Olga Campano and Maruchy Estrada.

A nearly three-month renovation was completed when the library opened its doors last Tuesday. The light streaming through the windows of the Key Biscayne Library was shining on all the newness: cleaned and freshly painted walls, blonde oak tables, and chairs, glossy tile. The smell of new carpet was in the air. “I love it,” said branch manager Wayne Powell of his new work environment. Library patrons such as Marcela Barciela were all smiles upon taking their first look at the improvements.

Jackson to require Proof of US Residency for COVID Vaccine

Hotels Turn to Elopement Packages to Attract Those Planning Weddings