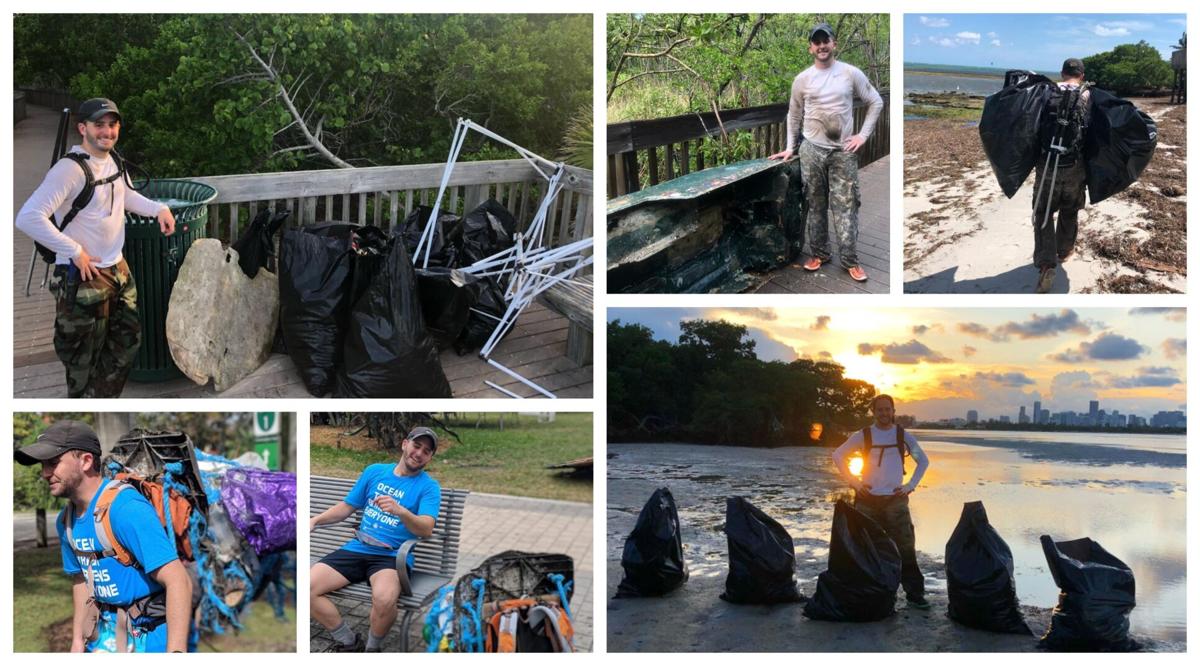 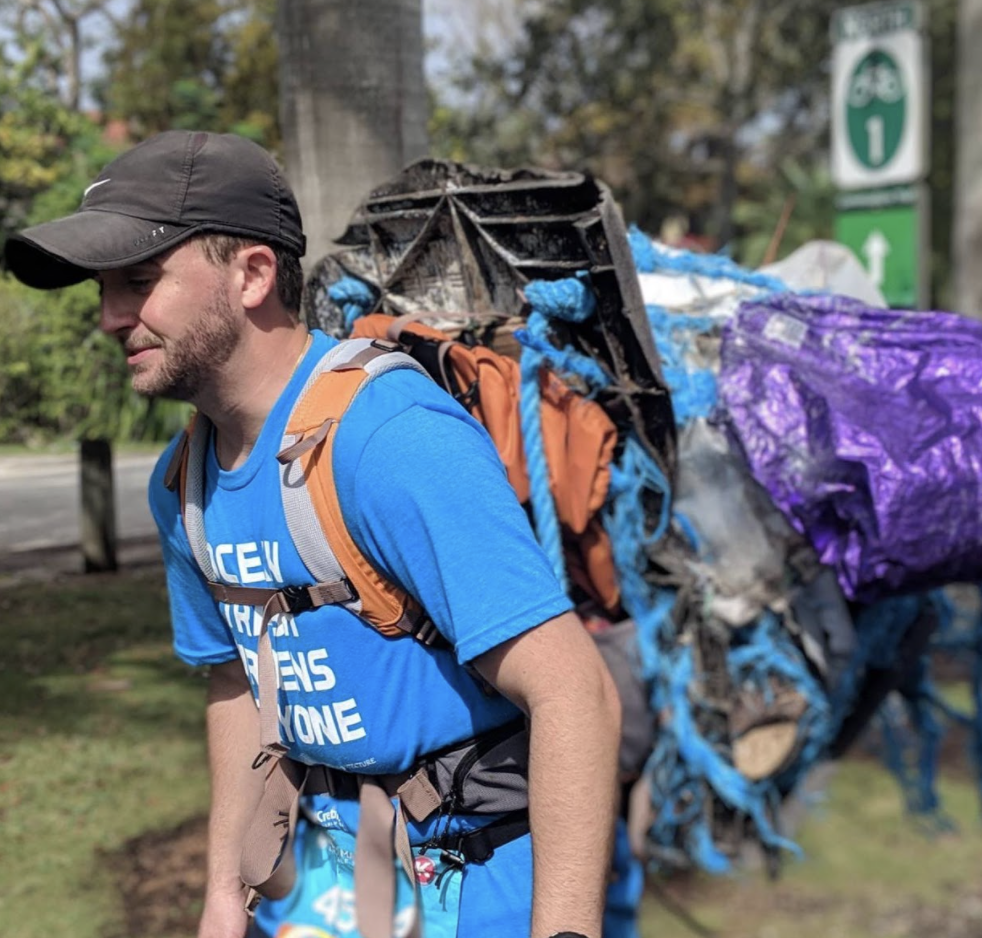 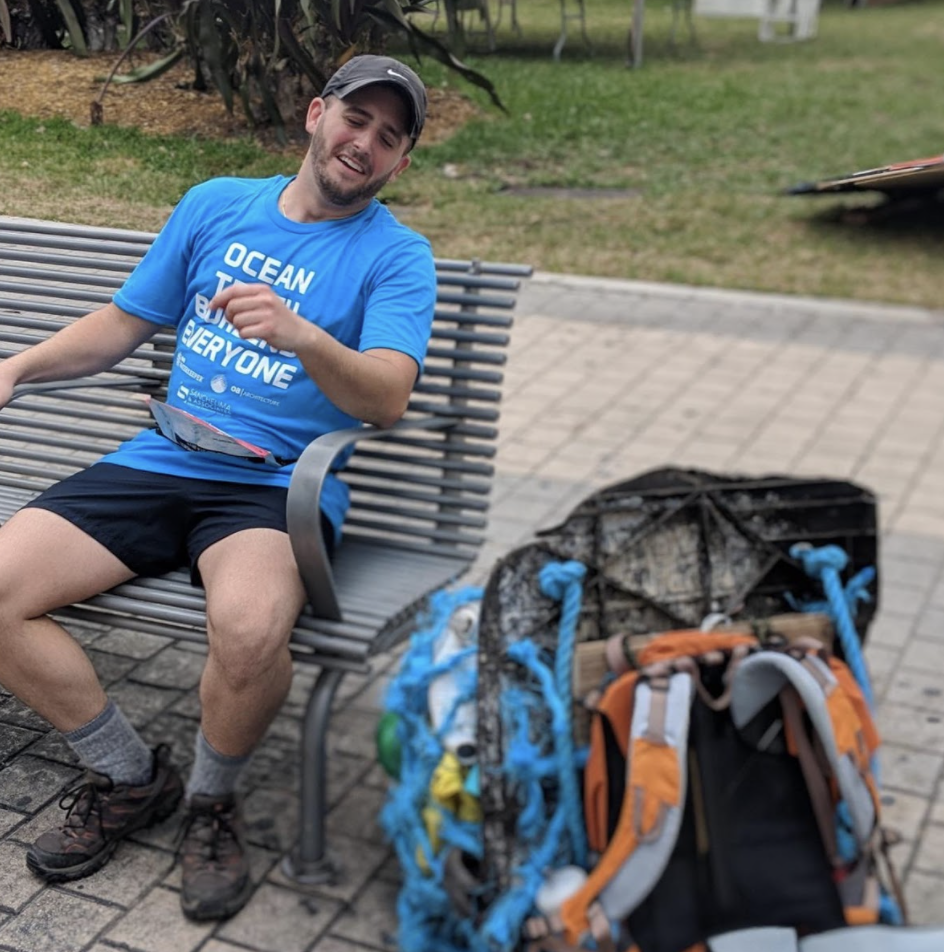 Local on quest to clean up mangroves has collected 5.5 tons of garbage so far; also steps up clean water awareness effort using video and social media

He paddles out to Bird Key. To Key Biscayne. He has cleaned the same stretch of mangroves at Bear Cut Preserve more than 50 times, but every high tide brings even more trash. It will never stop, he says, until the problem is addressed at its source.

So, he keeps paddling. Pulling. Lifting. Hauling. And clearing out.

“This is nothing you can stop doing,” Otazo said.

Otazo works in public relations for an international agency in Miami, but he is also an environmentalist who, on the weekends, takes to the water to clean South Florida’s coastal ecosystem.

Over the past two and a half years, he has collected 11,000 pounds – or 5.5 tons – of trash, including: a 200-pound dingy, toothpaste from Cuba, a vinegar bottle from Haiti, an empty body bag, a stadium lightbulb, and a 40-mm artillery shell. He has found all sorts of things, he said, from everywhere.

And even after achieving the 11,000-pound mark, he’s not stopping.

“I love mangroves and trying to improve the environment,” Otazo said. “The point is to educate others about what is going on. That is the point of the videos. I’ve lectured at Clemson and Miami. That’s the education part of what I do.”

Otazo shares his work on YouTube under the account name “SFL Nature.” On his channel, Otazo talks about becoming an effective activist, and shares several videos of exploring the Miami waters. On Instagram and Facebook, under his name, he shares videos and photos of his work.

“Some of the garbage I find is decades old, from the 70s, 60s, 50s, and even 40s. I can’t help but speculate about the people who carelessly tossed it away – how many were violently opposed to my parents when they arrived in this country as refugees. Decades later, along comes this immigrant’s son, spending untold hours in a blazing Miami summer, literally picking up their trash.” – Instagram post, August 18

Otazo has explored the natural environment since he was 13 and started exploring mangrove areas.

“The mangrove forest … it is unlike anything on this planet,” said Otazo, now 33. “There is always a different cast of characters. I fell in love at first sight. I saw that it was always covered in trash. It was very, very sad. I realized the detrimental effects of the trash.

“The animals eat it and die. And not just the animals that live in that area. But the fish. In turn, we are poisoning our own bodies because we eat the fish. And I got tired of it; really tired of it. And nobody else was doing anything about it. Understandably. It’s very labor intensive.”

But Otazo doesn’t just take his work to the water.

Last year and this year, the marathoner and triathlete took it to the road.

In 2019, he carried 30 pounds of mangrove trash the length of the Miami Marathon, and then led a team of eight that hauled a 130-pound trash cart through the 2020 Miami Marathon. The efforts raised more than $30,500 for Miami Waterkeeper to combat local marine pollution.

“No one pays me for my work, but I do it because I truly love our coastal ecosystems. Unfortunately, it doesn’t provide health insurance. I’ve suffered dehydration, heat exhaustion, a pulled back, a nail through a foot, and a sprained ankle in the other – all within a week. I also constantly need to replace my gear as it breaks down.” – Otazo, from his fundraising page

Otazo generally heads to the water solo, and given Covid, that remains. Even being out alone, he is not afraid of any wildlife or the elements.

“I’ve definitely been dehydrated,” he said. “And I’ve been exhausted. I have a respect for the environment. You have to. But I know what’s in it.

“Somewhere out there, there’s one more fish, dolphin or whatever … that (is) alive because of my work.”

Daughter talks about pain of losing father to Covid-19

1955 Chevrolet Bel Air sedan holds a lot of surprises within!