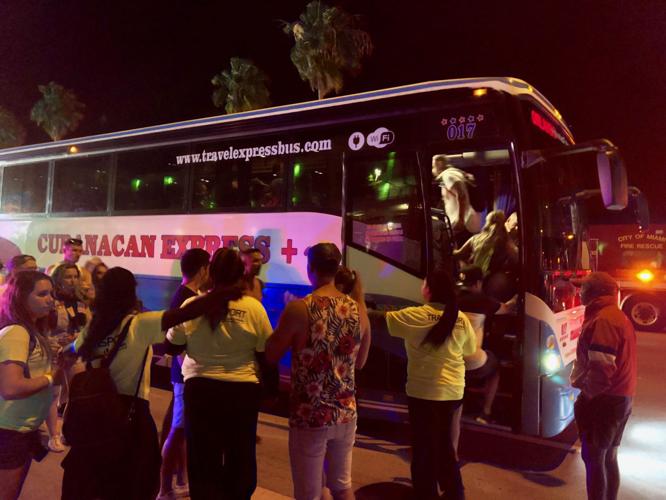 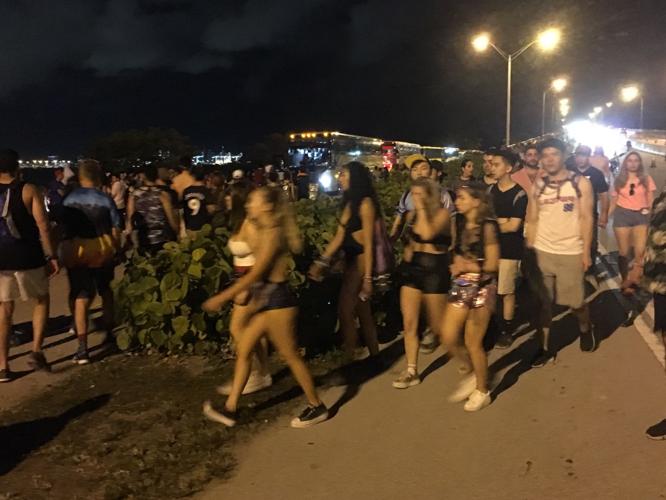 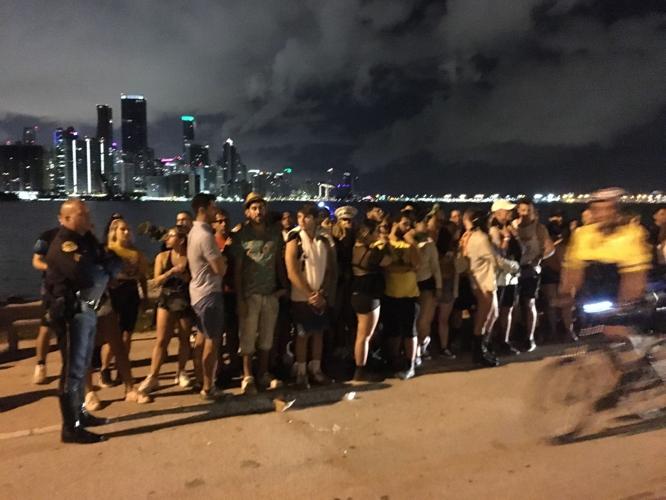 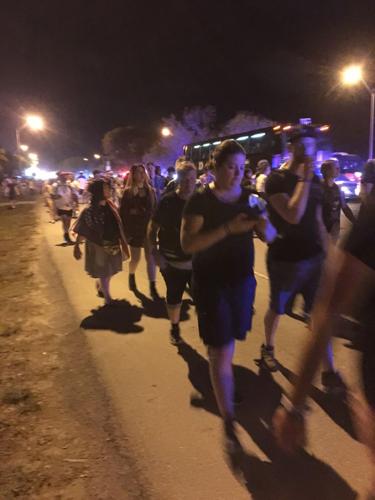 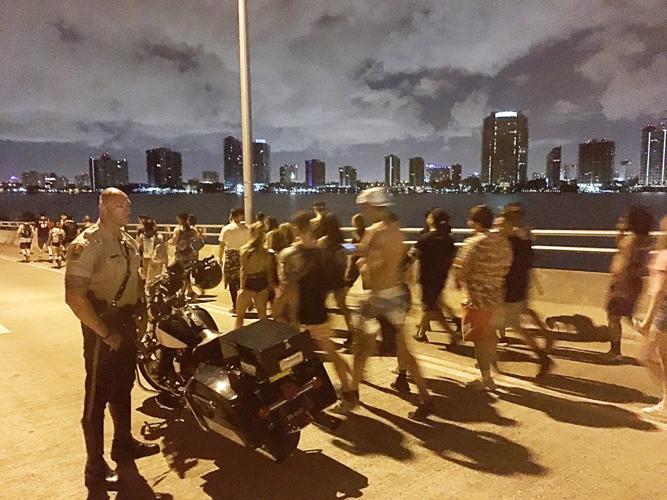 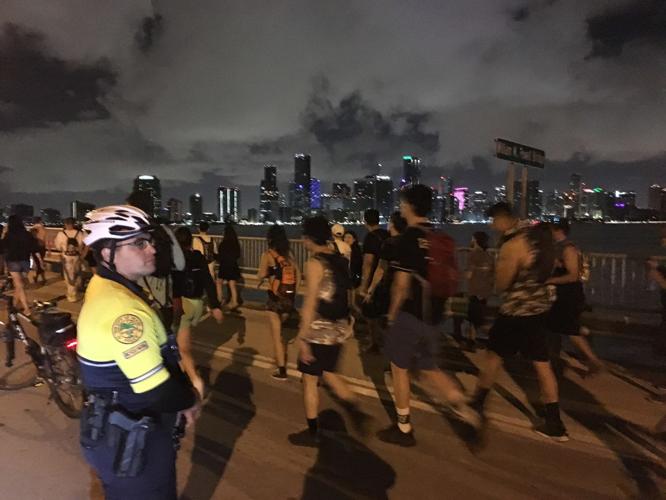 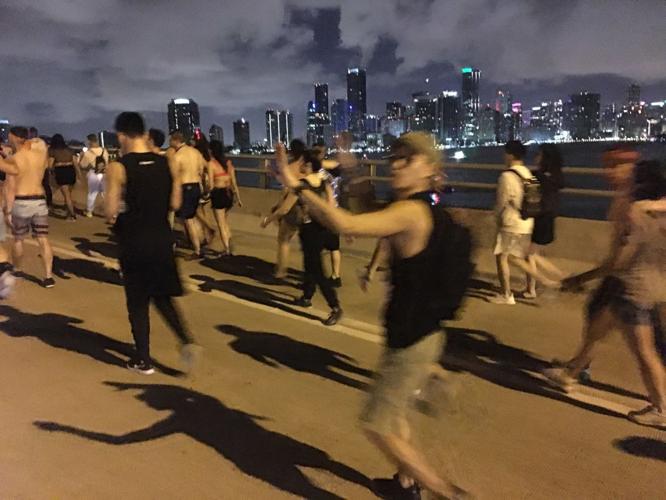 Islander News roving reporters on the scene at the end of Ultra Festival Day Two say it was much smoother than the first night although at least hundreds of concert goers still took to the causeway to get themselves home.

Lines for bus departure boarding were not as chaotic or overwhelming as yesterday according to on-the-scene documentarians reporting from 2-3:30am.

Those who opted to take the long walk back to the mainland were greeted by motorcycle or bicycle police officers every one hundred or so yards, keeping them on the north bound lanes of the causeway to avert any jumping over the median to the southbound lanes.

The southbound lanes were converted to two way traffic heading on and off the key that was not gridlocked but rather steadily moving.

Northbound lanes to the mainland were completely reserved for pedestrian traffic only.

Once the walking Ultra festival goers got to the base of William Powell Bridge there was a line of motorcycle cops forcing them to go around and down the walk way of the key entry bridge to then come up on the Brickell Avenue pedestrian and biker exit.

This avoided any interaction with the multiple lanes of traffic that split exiting the causeway leading to Coconut Grove, downtown, US 1, or I-95. It allowed for drivers to safely exit and merge on to those arteries without danger to pedestrians or drivers.

Water taxis were also spotted ferrying concert goers across the bay in an overall scene that was described as somewhat eerie due to the general quietude of the masses after so many hours of thumping base sounds. Stage lights remained blinking in silent emphatic neon calls.

There were no visible arrests, disorderly conduct, or otherwise extremely inebriated attendees making a spectacle but rather a seemingly subdued group of after-party revelers at times joking amongst themselves and apparently resigned to the long walk home.

Earlier reports from the evening and videos sent to Islander News showed attendees arriving as they walked dangerously in front of cars entering and exiting the key among intense driver gridlock from at least approximately 6pm to 11pm.

ArtesMiami selects Maria C. Bechily as its new chair of the board