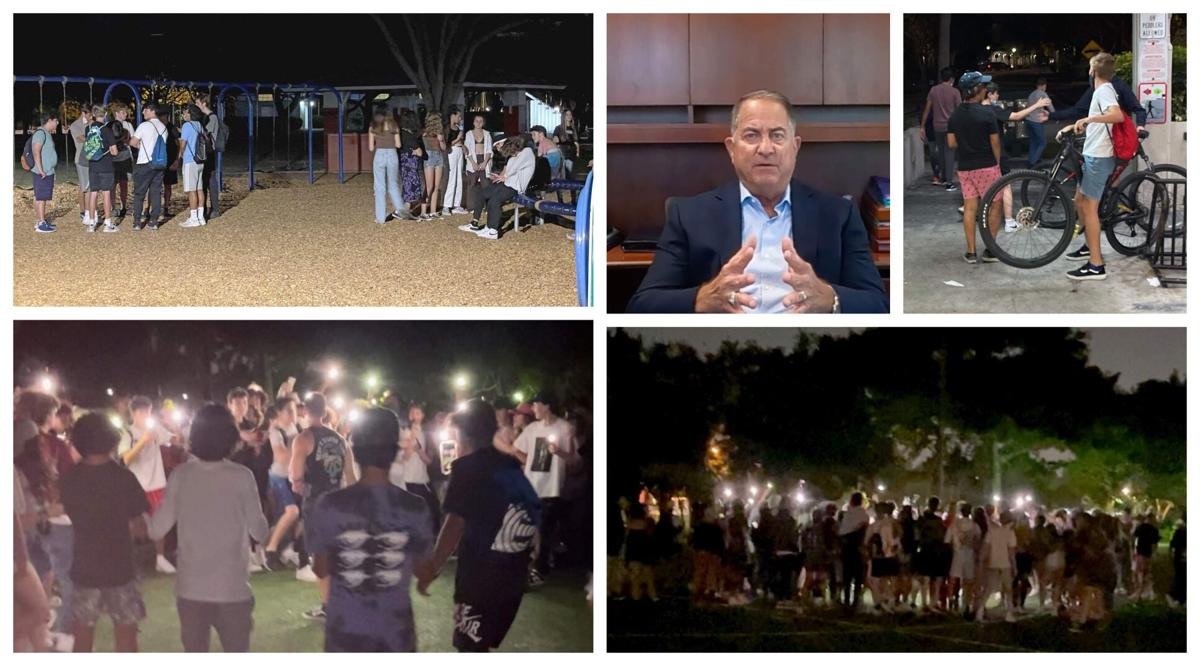 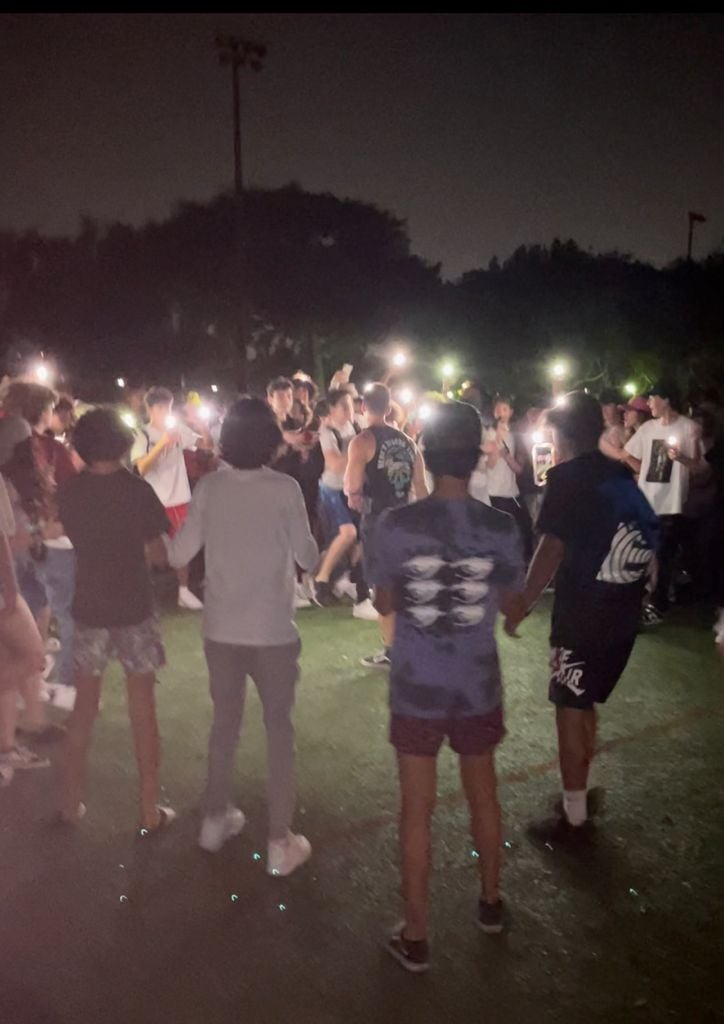 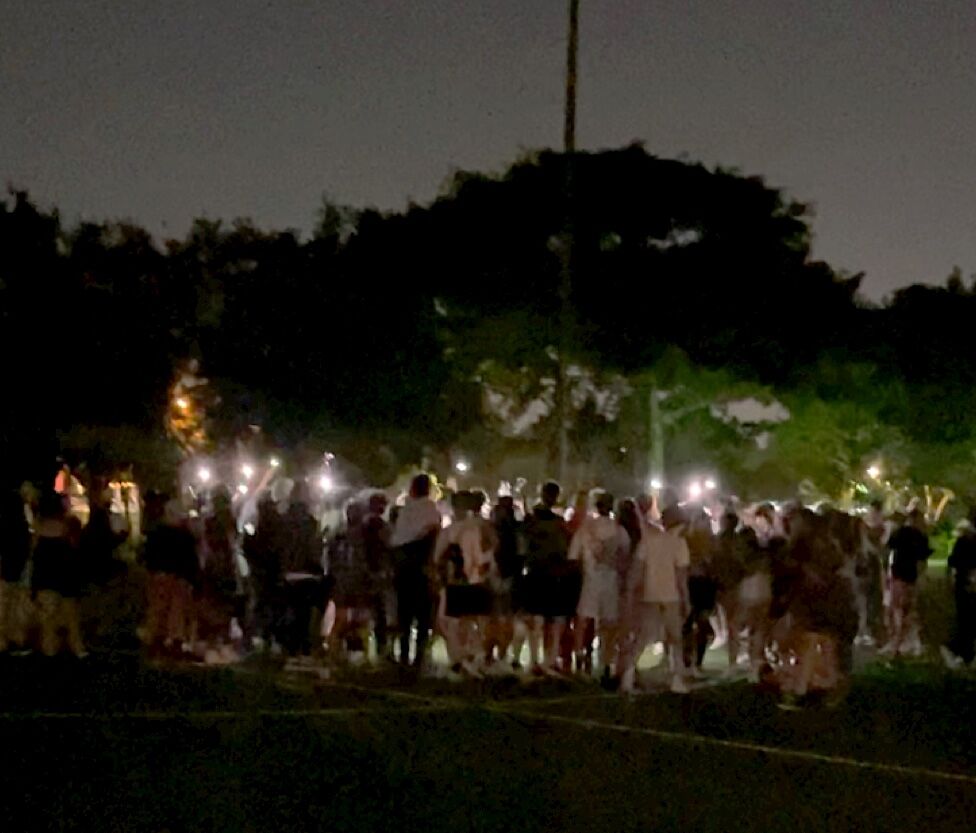 Key Biscayne residents are speaking up - at least on social media - after a recent spate of incidents involving juveniles now has raised concerns closer to home.

And, soon, many of those residents may be seeing the light - literally - at the end of the tunnel.

Three teens were arrested over the weekend, stemming from stolen golf carts from the Village Green Park area in the heart of the usually peaceful island community.

Then, Saturday night, a local photographer recorded footage of dozens of youngsters gathered closely together, without masks, slap-fighting, at Village Green until police arrived and the kids scattered.

“People are getting pretty fed up with this now,” said Key Biscayne Police Chief Charles Press, who said it’s “more of a parenting and community problem” at this point.

Here are some of the more than 100 comments on the Instagram video from Saturday (the video has since been taken down) of the kids in the park:

“I don’t want to live in a place where stuff like this happens.”

“The quality of life has deteriorated, unfortunately.”

“This type (of) idiocy is not doing anybody good.”

“Never happened before in the Key. This used to be Paradise!”

“What is happening to Kids in KB?”

“When is this going to stop? Where is the police?”

Residents have pointed out previous incidents of juveniles stealing at the local drugstore and supermarket, which Press has referred to as “crimes of dare.” Other crimes mentioned include vandalizing property, speeding, breaking car windows, burning tiki-huts at the Beach Club, egging houses and cars, and, lately, a rash of stolen or vandalized golf carts.

In the golf cart crimes, one teen from Miami Beach was charged with grand theft, while two others (one from Coral Gables and the other from Kendall) face trespassing charges after one of the owners did not want to press charges. As of Sunday, police said all stolen carts have been recovered except two.

“I think a lot of people don’t understand how to be part of the situation,” Press said. “They need to make themselves available. In our case, it’s ‘no victim, no crime.’ Without (pressing charges), you’re empowering them to do it over and over again, multiple times.

“I wish (crime victims) were in 100 percent compliance and allow us to prosecute, but I know they don’t always want to deal with the court system or be the bad person and tell on some kid who then might have a record that follows them. Hey, I empathize with (our residents), but they need to deal with the offenders, who need to be disciplined before they become fearless (of the law).”

Saturday night, a large group of youngsters gathered at Village Green, creating the cause for the latest concerns.

“It was looking like a lot of slap-fighting ... juveniles acting up and being rowdy, and probably up to other shenanigans,” Press said, “but no one got hurt, no one reported an assault. The problem is, what happens when someone gets too aggressive and doesn’t want to be struck? Then what this leads to is someone who might really get hurt. And then you have a potential for a melee.”

Press said four officers responded at 10:20 p.m. “and kids went off in all different directions, you can imagine. It was like when you step on an ant pile and they all scatter everywhere. That’s what that was like.”

The Village Green Park is 9.5 acres of lush greenery, where youth sports, family picnics, jogging and bicycling give it a rich community feel. But when the sun goes down ...

“You know what they say,” Press said, “nothing good ever happens after midnight.”

So, what’s one of the first solutions? How about leaving the lights on later at Village Green?

“That’s a good question,” Press said. “Would it allow us to see who’s in the park? Yes. Would it irritate the neighbors? Yes. For us, it’s a Catch-22 . But we are considering all options, including leaving them on at least until curfew time.”

He realizes the folks along Fernwood Road and across the street in the homes and condos may not like the idea of bright lights late at night, but the alternative is worse.

Press, in his 16th year as the island’s chief, has helped Key Biscayne rank perennially among the top five “Safest Cities in Florida,” depending on how analyses are used from FBI crime statistics. The latest figures for 2019, released last September, showed Key Biscayne’s crime rate being 4.5% lower than the national average and 46.17% lower than the Florida average.

“Residents are frustrated, and rightfully so,” Press said. “But this is not just a police problem, it’s a family problem, a community problem. We should be the last resort parents would want for their kids.

“We have a safe community, thank God, with good police, but parents need to know where their kids are (at night) and what they’re doing. We need to toughen parenting rather than toughen policing, because a (police) record can (be detrimental) to a kid’s future.”

Press said his officers have taken a strict role (in the more serious crimes by offenders) and “getting them turned around in the system.”

Concerns over declining attitudes toward laws and the police were raised in a motion back in January during a Village of Key Biscayne City Council meeting. Council member Luis Lauredo, one of the city’s charter members, asked “for no more warnings” for law breakers.

In an interview with the Islander News in January, Lauredo said, “It’s a culture that creeps up ... we need to correct it ourselves before it becomes an epidemic.”

Press said Monday that more arrests are coming in the case involving the stolen and vandalized golf carts.

“People have to understand that crimes need to be investigated,” he said. “We’re not just arresting someone to make a statistic and then have the court throw it out, or have the city face an expensive lawsuit by a falsely accused person.

“Just because we see faces on a video ... in this case, these kids were invited here by Key Biscayne residents, so a coach or teacher may (or may not) recognize them. We always dot our i’s and cross the t’s, and sometimes that takes a little while.