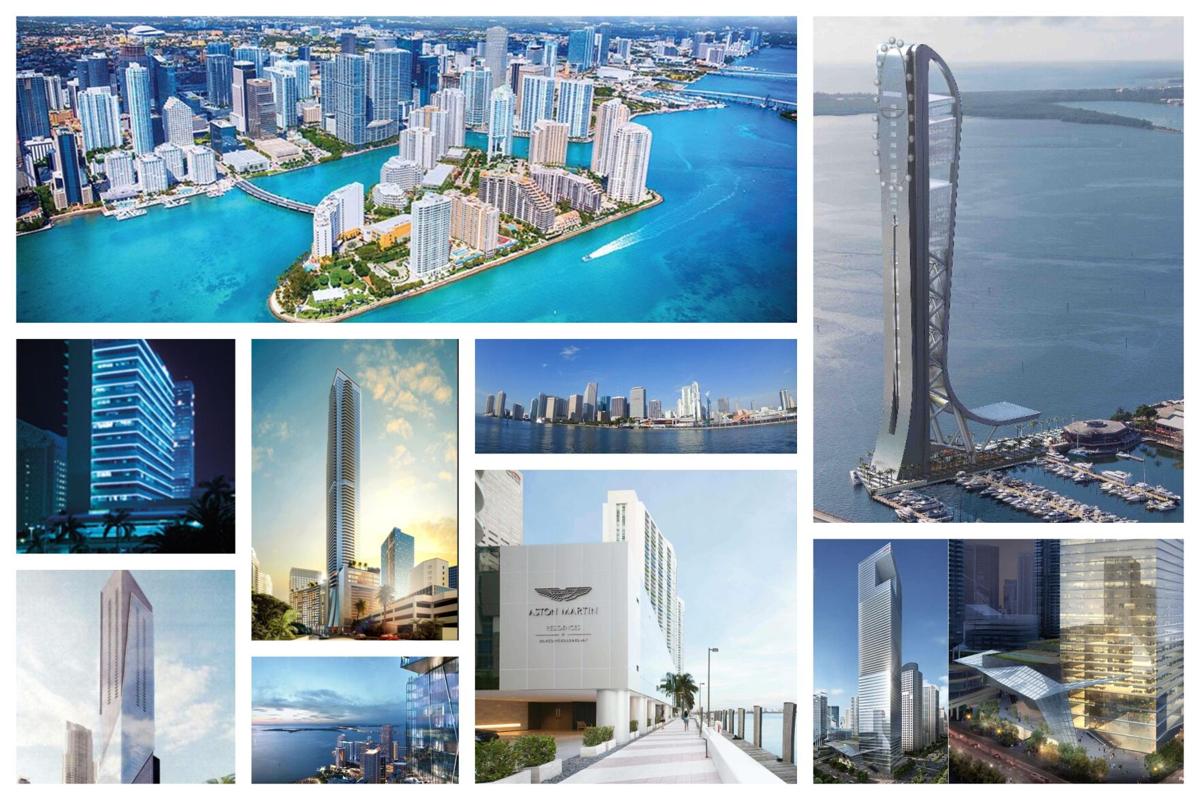 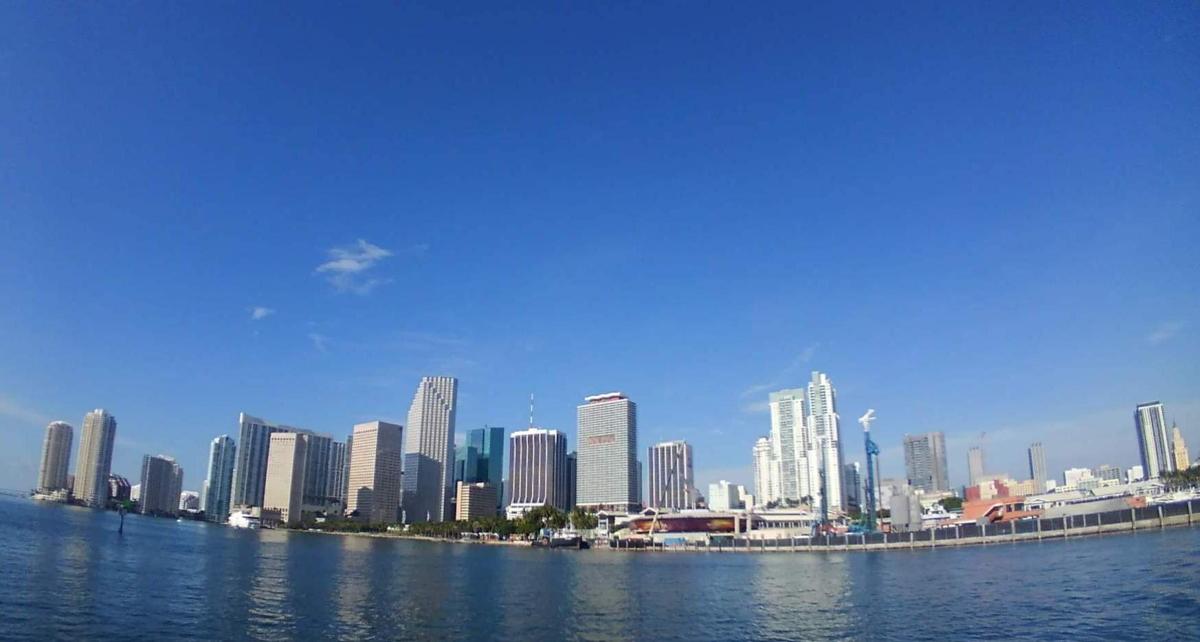 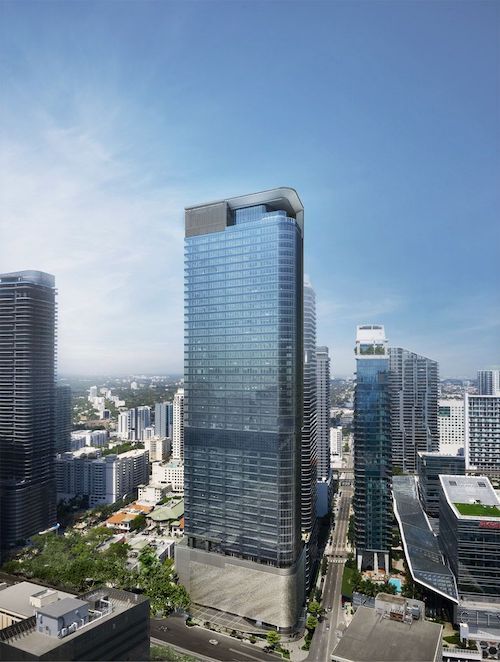 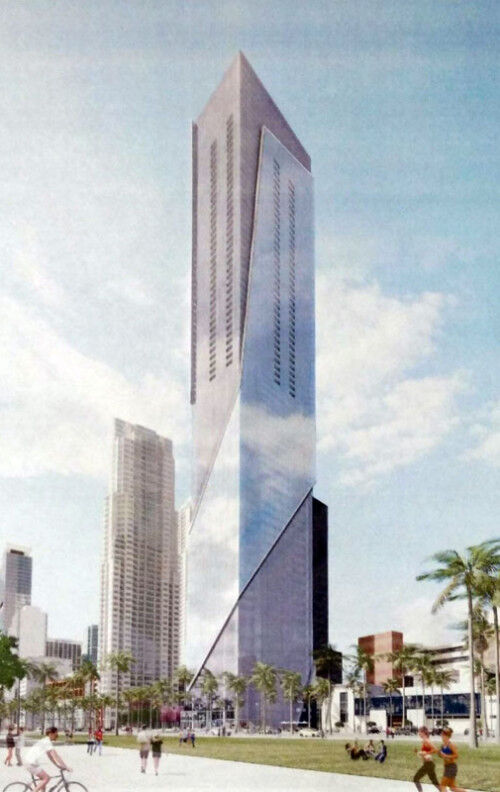 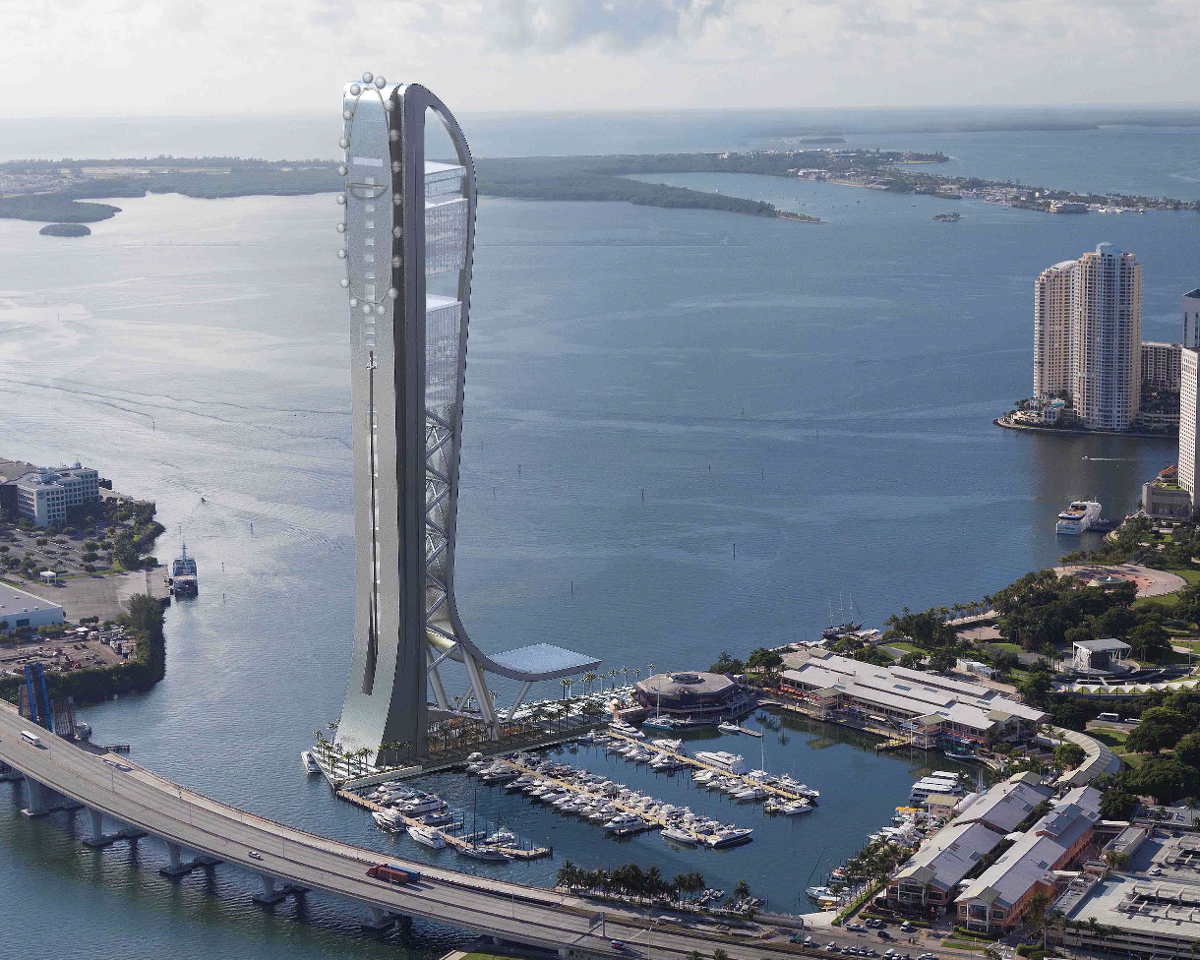 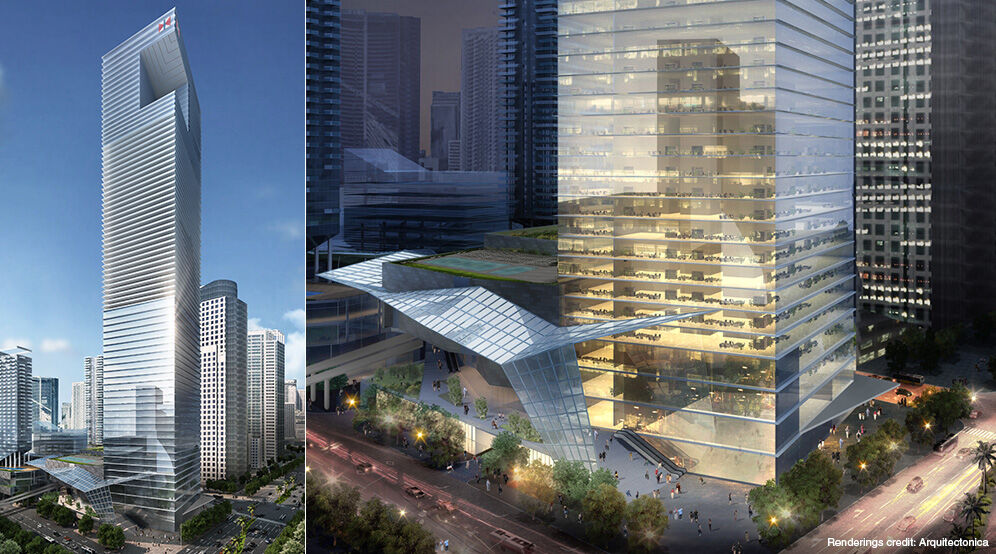 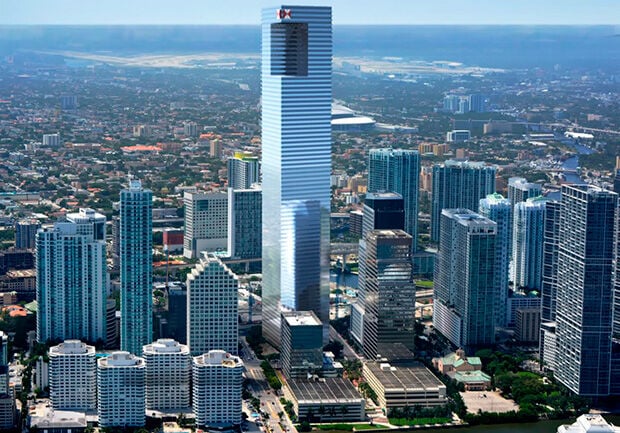 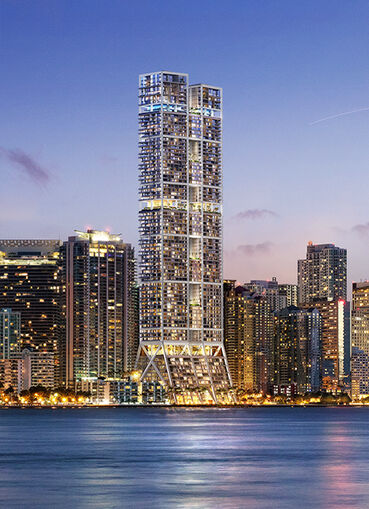 The Towers by Foster + Partners at-1201-Brickell-Bay 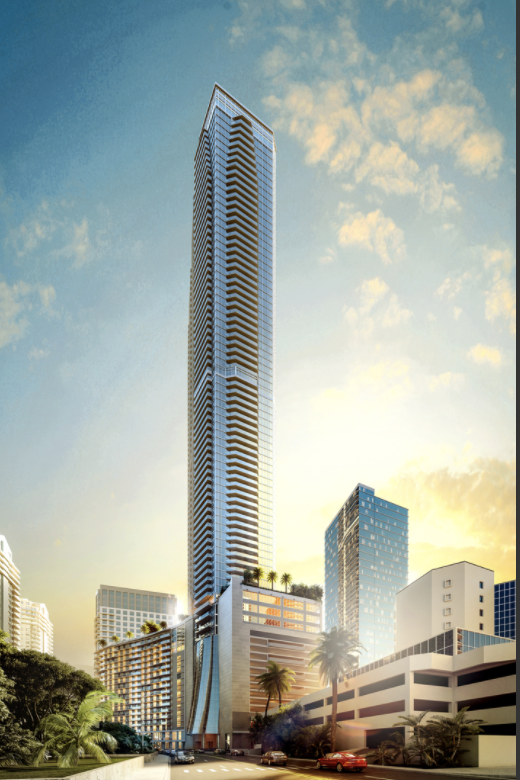 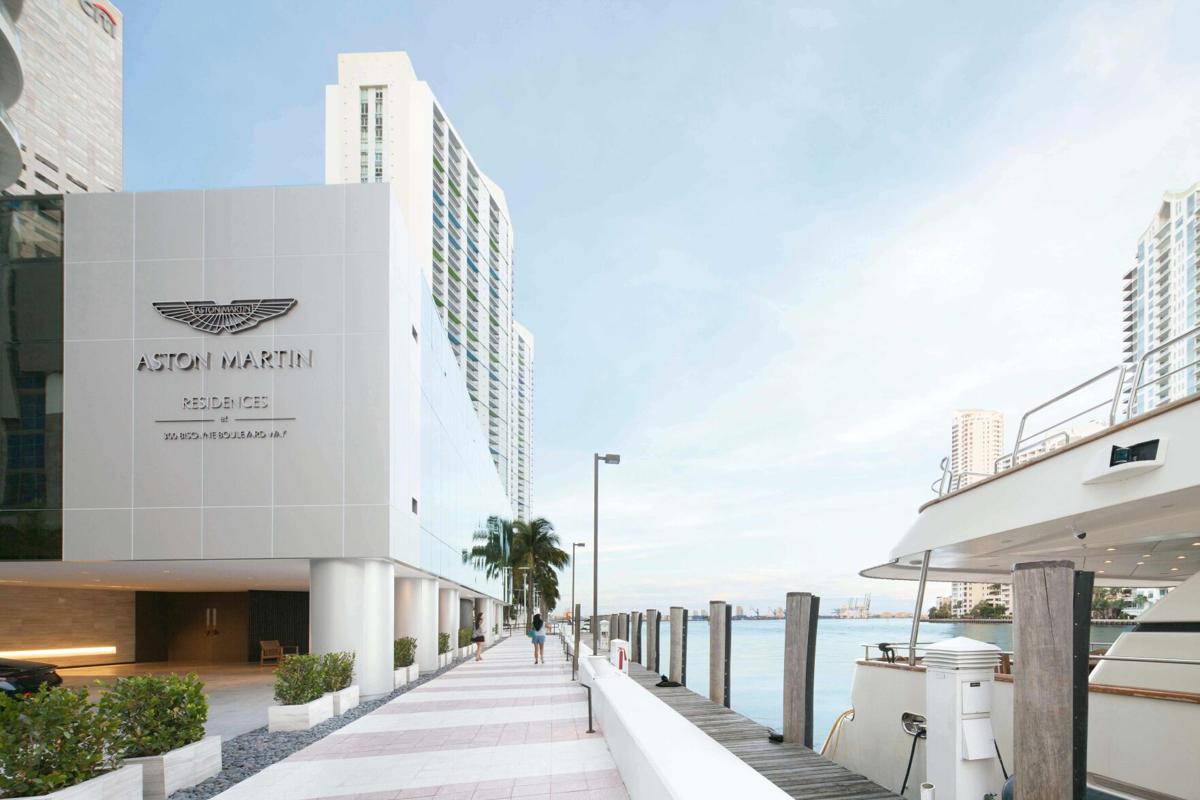 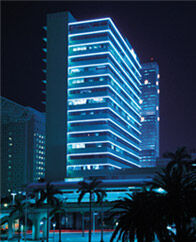 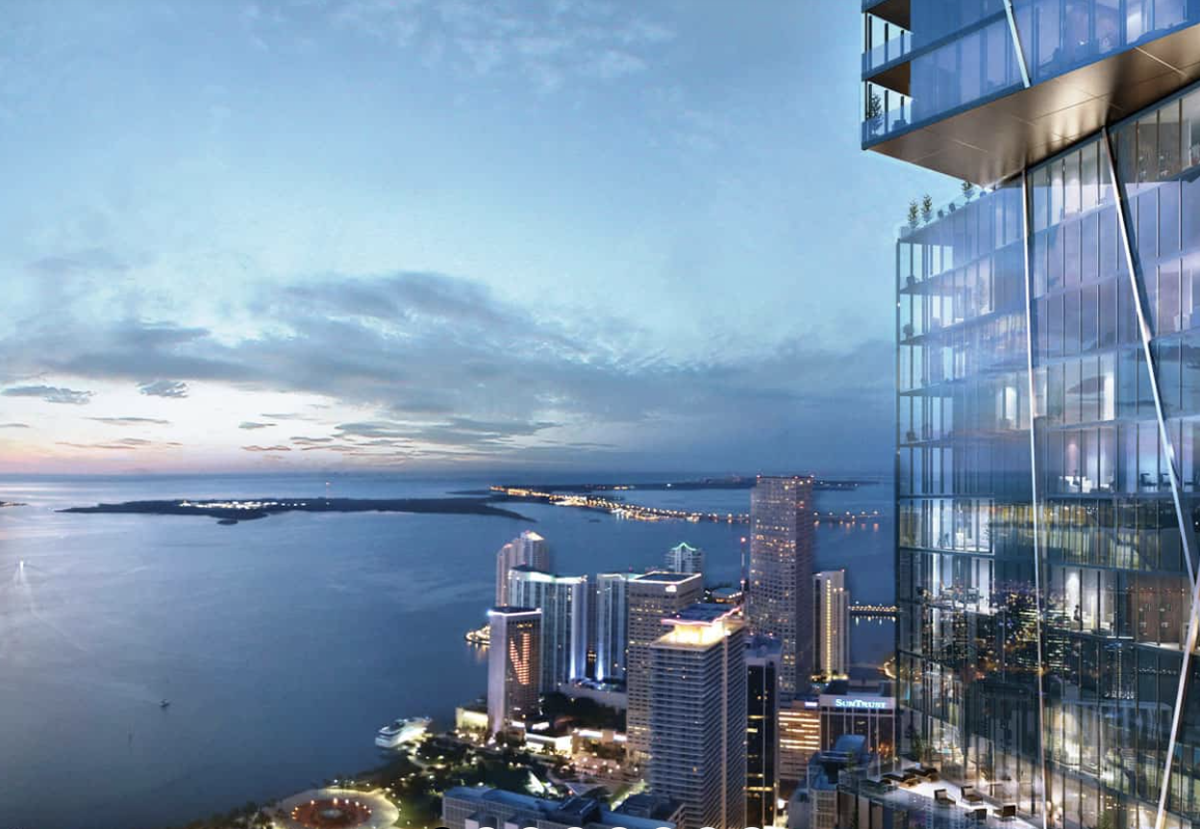 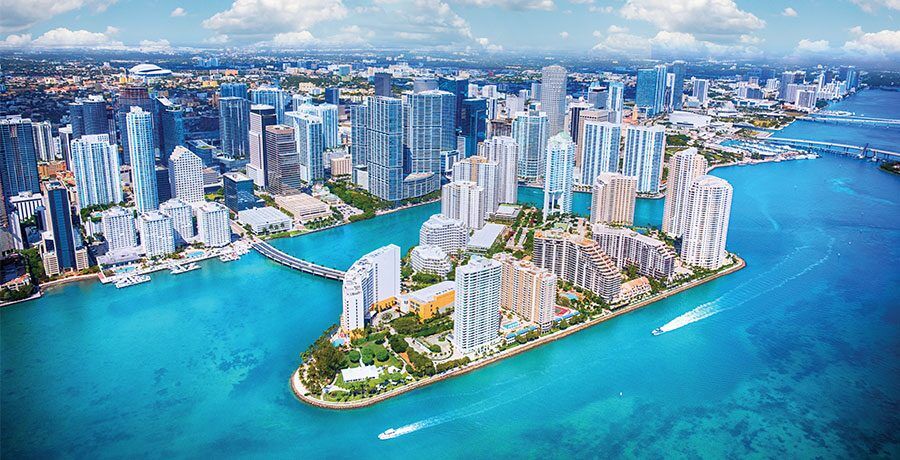 The Towers by Foster + Partners at-1201-Brickell-Bay

Things are looking up -- literally, way up -- when it comes to Miami’s rising ambitions.

Already ranked as the nation’s third-tallest skyline behind New York and Chicago, and No. 24 in the world, even more tropical sunrises and sunsets soon will fall in the shadows of more than 20 skyscrapers -- all at least 300 feet high -- being built or planned for the metro urban area alone.

Miami already has more than 300 “high rises.” Nine of the state’s 10 tallest buildings, and 34 of the 37 buildings over 550 feet, are found in the Greater Miami area, where crane operators are thriving in this LEGO skyward environment of concrete, steel and glass.

How does the changing scenery across Biscayne Bay reflect on those wanting to live on an island like Key Biscayne?

“It’s wonderful ... we sell a ton of those,” said Ron Shuffield, President and CEO of Berkshire Hathaway HomeServices EWM Realty, perennially ranked among the leaders in dollar-volume sales of homes and condos in the Greater Miami market.

“But Key Biscayne is so unique with that particular island life,” Shuffield added. “There’s always that select clientele. I just don’t think that someone who wants to live on Key Biscayne (and works in the city) would prefer ... more city living.”

Business offices, living quarters -- condo or hotel, or a mix of both -- and retail and restaurant space are being designed vertically. And they are quickly closing in on the area’s tallest building, the 868-foot, 85-floor Panorama Tower in the Brickell business district, completed in 2018 and developed by Florida East Coast Realty.

But how high can they go? The Federal Aviation Administration has established a maximum height of 1,049 feet, because the main runways of Miami International Airport align with planes taking off and landing directly over the greater downtown area.

Spectacles reach for the sky

On the rise in downtown Miami is the spectacular 66-floor Aston Martin Residences, which at a reported 817 feet high will be the tallest all-residential building in Miami and the tallest south of New York. Reportedly, the $50 million penthouse -- the showcase of the 391 residences -- will come with a rare Aston Martin Vulcan HyperCar, one of just 24 made. Another 38 units in the $6 million range also will come with an Aston Martin car, perfect for the air-conditioned garage.

Also on the horizon is the $300 million, 52-floor high-rise, 830 Brickell, which at about 732 feet will be the second-tallest office building in Miami.

At least 10 more projects are planned over 800 feet, according to Skyscraper Center data, including One Bayfront Plaza, a 92-story mix of office, convention hotel space and retail mall, encompassing over 3 million square feet, which would hit the FAA limit of 1,049 feet. Tibor Hollo and his Florida East Coast Realty group, which built the Panorama Tower, is backing this project on South Biscayne Boulevard.

There also have been much discussion of other behemoths, such as the much-anticipated Waldorf Astoria brand, 300 Biscayne, a 98-story architectural phenomenon of glass cubes rising 1,049 feet, designed by Siegel Suarez architect. It will include a 140 key hotel and about 400 condo units.

Keep an eye on the Okan Group’s proposal to build a tulip-shaped building silhouette at 555 North Miami Ave., just north of the main Federal Courthouse. It will be a 890-foot mixed-use spectacle that includes a 66th-floor restaurant and a pool on the 70th floor. That project is led by billionaire developer Bekir Okan of Istanbul. The tulip design is a nod to the national flower of Turkey.

Other giants in the making offering eagle-eye views include The Towers (81 floors and 1,049 feet), designed by London-based Foster + Partners and developed by Florida East Coast Realty; One Brickell City Centre (80 floors and 1,049 feet), Brightline’s twin supertalls at MiamiCentral; Skyrise; and the 935-foot ITC Miami, World Trade Center of the Americas on the site of the Holiday Inn in downtown Miami.

They’ve certainly come a long way from Miami’s first skyscraper, called Freedom Tower, in 1925. Originally built as the headquarters for The Miami News, the 255-foot tower still stands today and is registered as a National Historic Landmark.

How can all this unique architecture reach capacity?

In 2019, boosted by a rapid growth in median household income, which grew by 31% from 2014 to 2018 according to a SmartAsset analysis, Miami was ranked the second-fastest growing large city in America, behind Austin, Texas.

Most notably were the areas of downtown Miami and Brickell, where in one area alone there was a 2,069% income increase from 2000 to 2019.

In turn, even with all the development, condo inventory has kept pace.

During November-January, the Miami-Dade County condo inventory for $1 million-plus units shrunk to a two-years supply, compared to four-years just 24 months ago. There is an 8.1-month supply for units under $1 million.

“We’d still like to see $1 million-plus inventories between 12 and 18 months, but we’re very pleased with the direction everything is moving,” Shuffield said.

According to South Florida Regional MLS statistics, Miami-Dade’s average number of condo unit sales for the November-January period increased 22.6% over the same span in 2020. Most notably, sales climbed 76.9% in the over-$1 million category, 72.9% in the $1 million to $5 million range, and 18.6% for $5 million-plus units.

Indeed, the real estate market is bustling once again after a year virtually grounded by COVID-19 concerns.

“What we saw last year in all of Miami-Dade County was a real fall-off, especially in the condo market, when elevators were restricted or swimming pools were closed ... they couldn’t use some of those nice amenities they were paying for,” Shuffield said. “But now, just in the last (three months) there has been a spike. I think now we’ve adjusted (in how to stay safe) and they want to be a part of it and they feel very comfortable in doing so.”

“We have the buyers (there), we just need more inventory,” Shuffield said.

But don’t expect another skyscraper like the 329-foot Casa Del Mar condos being built on the island anytime soon. Key Biscayne residents will have to be content watching from afar as the Miami skyline reaches new heights.

“Brickell has become the poster to sell our urban culture,” Shuffield said. “I give (the designers) credit ... each one is an architectural masterpiece.”

Six Dr. Seuss books will stop being published because of “racist and insensitive imagery”