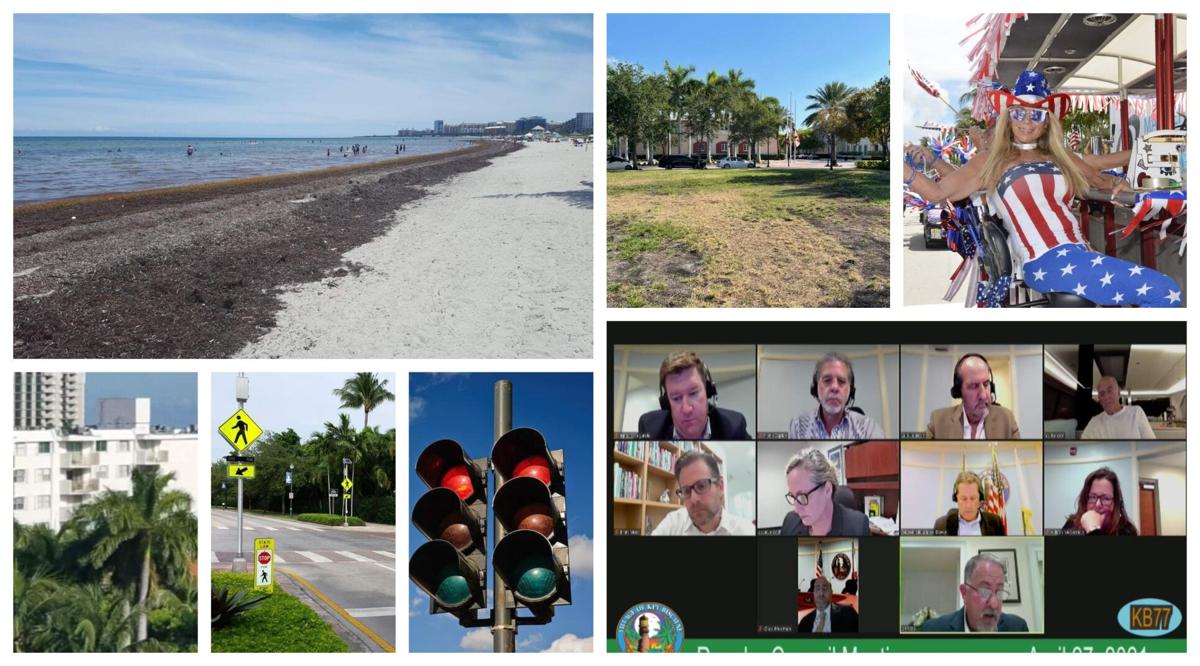 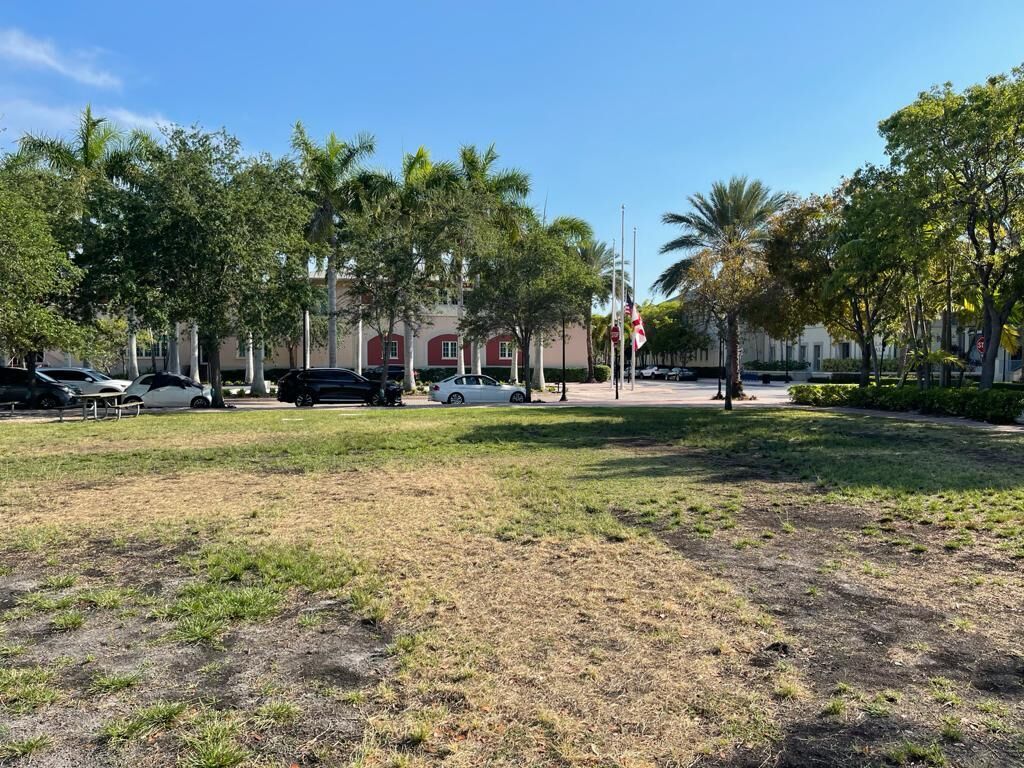 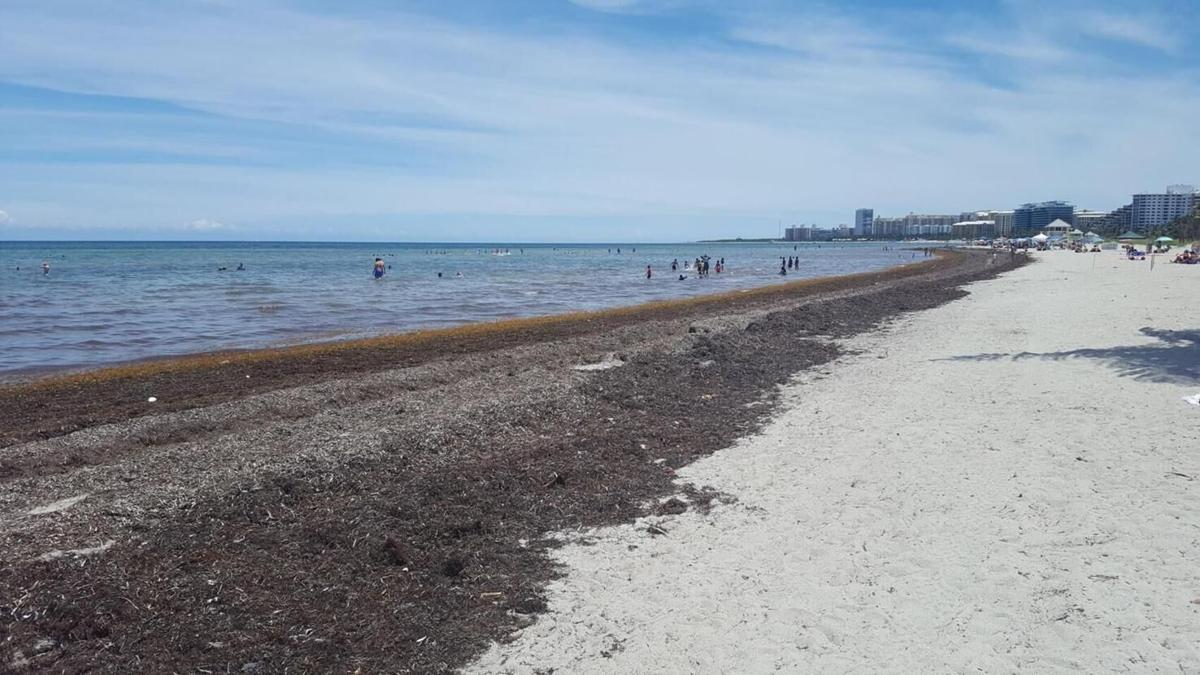 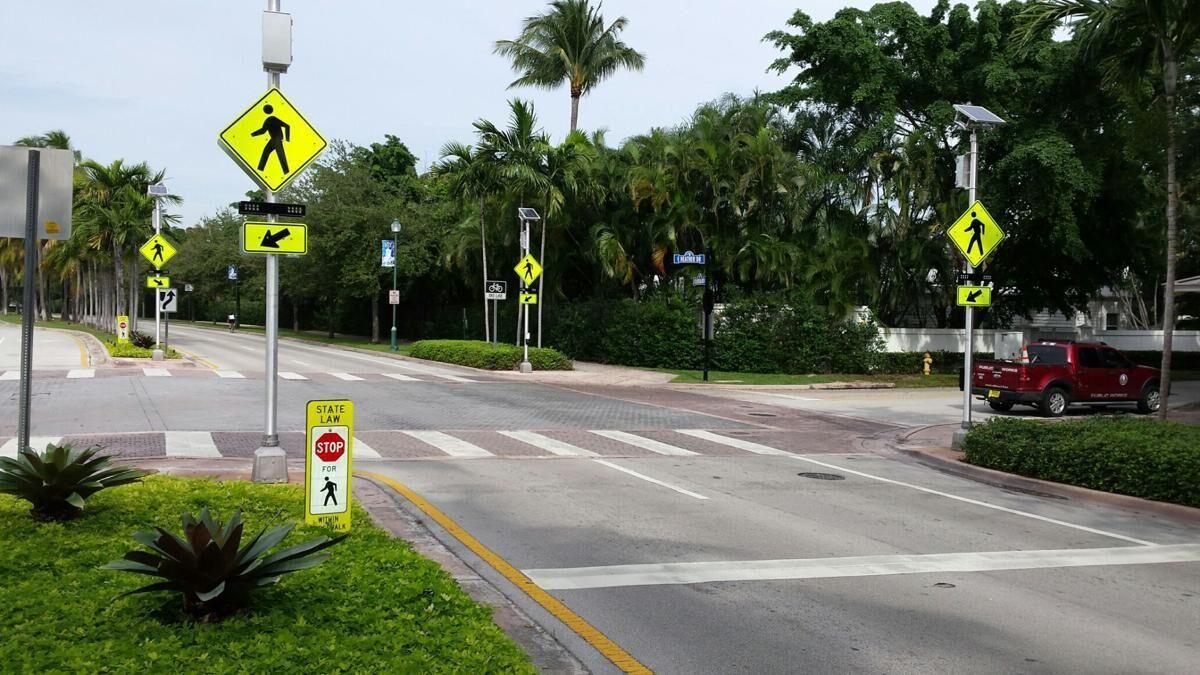 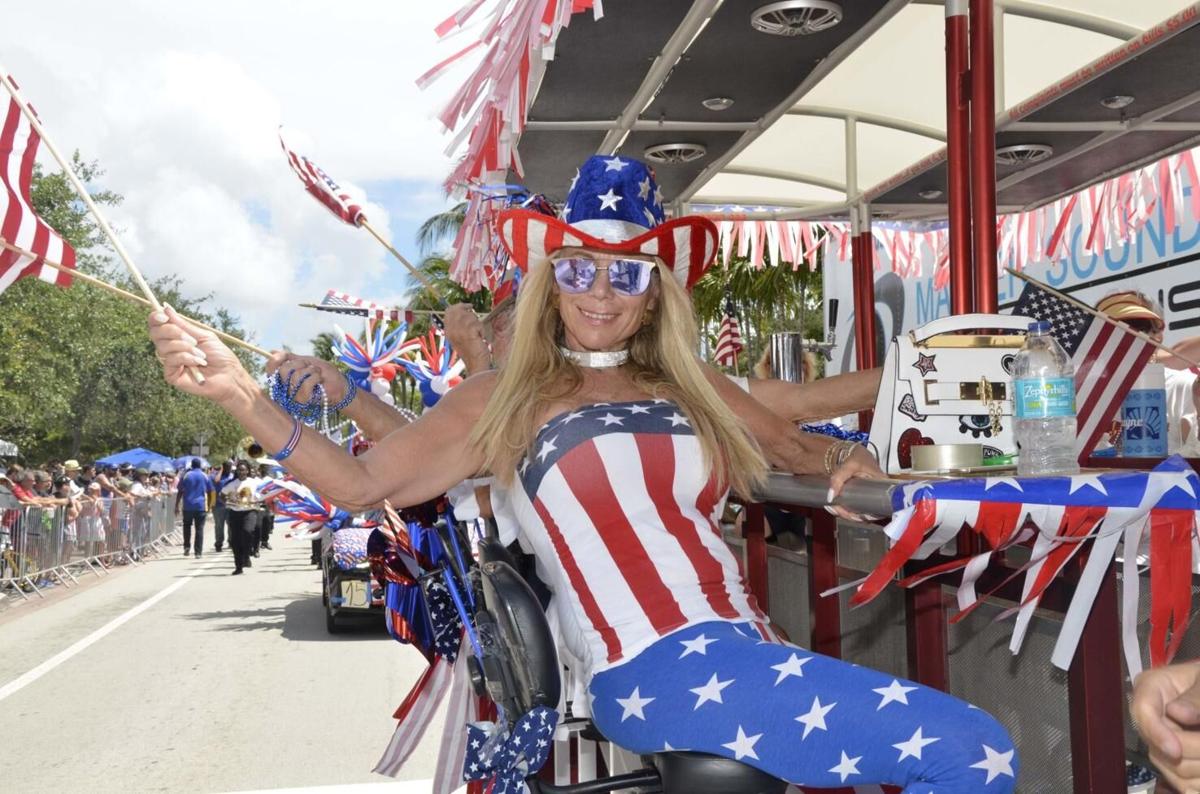 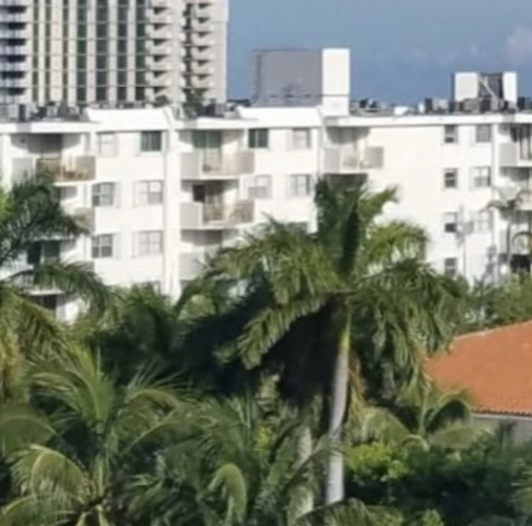 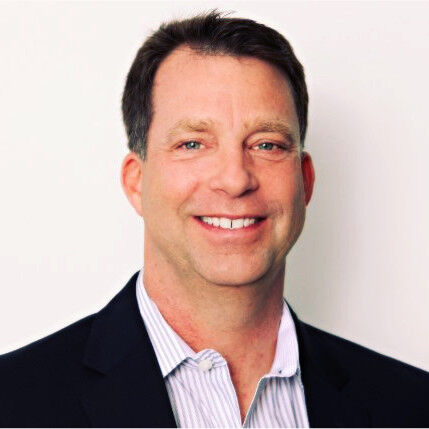 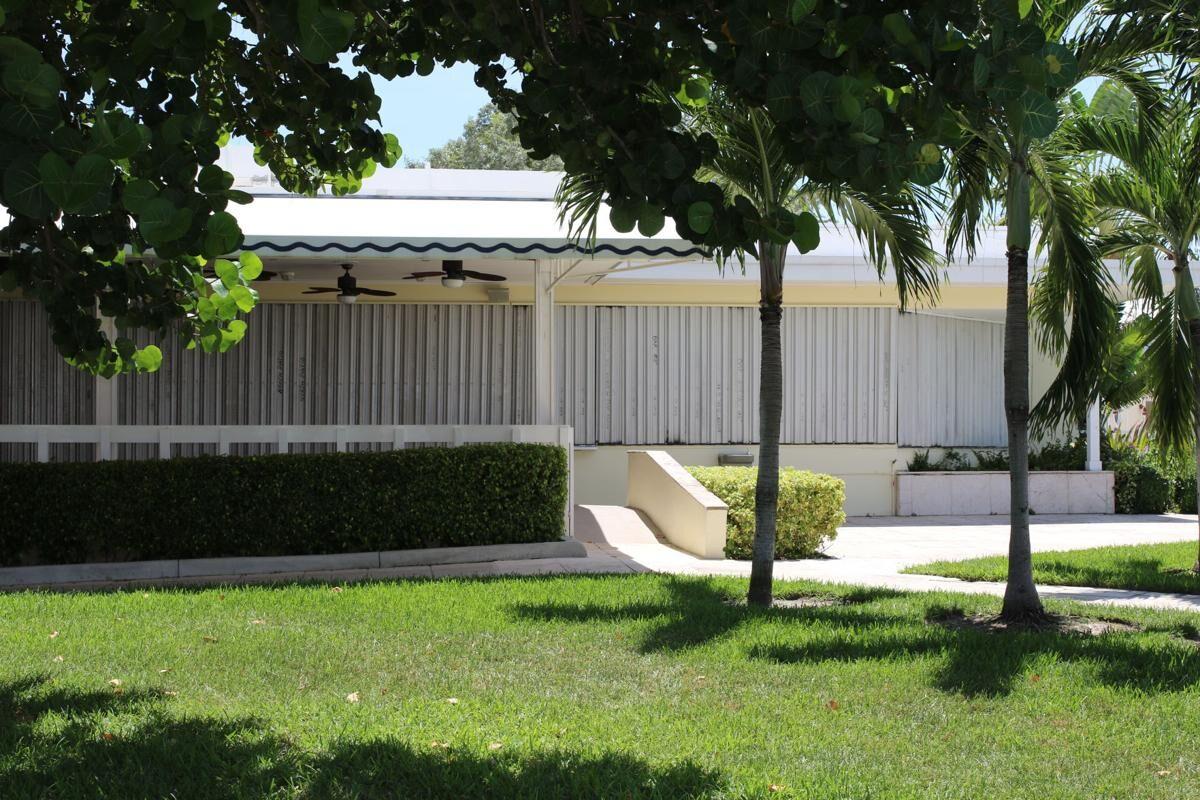 A few other highlights from Tuesday’s night’s Village Council meeting:

“Cell phones and laptops, we’ll provide as we always do,” London said. “And long-term insurance and disability. But he will provide his own health insurance.”

Other benefits included four weeks of vacation, three weeks of sick leave, $250 a month for car expenses, a retirement plan, and a termination notice of “90 days from him and no more than 90 days from us,” London said.

Council members spent some time deliberating what Williamson”s length of contract should be. In the end, three years was the choice, although London said, “when you look at it, it’s still a 90-day contract,” based on evaluations.

“I think we got a deal done,” said London, who said Williamson and his lawyer will review everything before he officially begins work in May.

The Fourth of July parade is back!

Speaking late into Tuesday night’s five-hour long Council meeting, Village of Key Biscayne Mayor Mike Davey said he fully supports a parade this year, especially on the heels of an announcement earlier in the day by the Centers for Disease Control and Prevention.

The CDC eased its guidelines on the wearing of masks outdoors, saying fully vaccinated Americans don’t need to cover their faces unless they are in big crowds. It also eased guidelines for unvaccinated persons in some cases.

“I may still be wearing a mask on July 4,” he said, if only to show respect for the Covid situation.

As far as fireworks, that’s on hold since “no one else is coming forward,” he said. “So I don’t think I want to be the focal point of everyone coming on the island (to see our fireworks).”

Davey plans to save those for the city’s 30th celebration later this year.

Other items that were discussed during Tuesday night’s meeting, other than the importance of dealing with the latest trend of juvenile crime and mischief included:

Dr. Roland Samimy, the village’s Chief Resilience and Sustainability Officer, put together an impressive slide show indicating South Florida is expected to see an estimated 15% increase in sargassum from 2020.

“I’m happy that folks are enjoying the new beach,” he said, regarding the recent nourishment project.

He introduced several ways to combat the seaweed issue, from light raking to burying it three feet deep, to piling up the smelly sargassum up high on the beach.

How many trucks a day, and to which landfill area they’ll serve were among the concerns. Samimy says most of the seaweed comes in from May through August. He showed slides of Bill Baggs State Park, where they just let nature take its course.

Mayor Davey said he has gotten input from citizens. “People don’t mind seaweed, but there are some who are not stepping in three feet (of it) to get to the beach,” he said.

Council member Allison McCormick liked the idea of a beach cam so residents can see what the beach looks like before they decide to go or not. “Or whether to bring a Boogie board or paddleboard,” she said.

In the public comment segment, one resident brought up the “dangerous speeding” on Crandon Boulevard and the need for a red light (not yellow flashers) at the Village Green crosswalk. “I believe lives are at stake here,” she said.

A red light would parallel the bill in the Florida Senate called the “Sophia Nelson Pedestrian Safety Act” to make all yellow flashing lights red flashers in response to the 12-year-old being struck on A1A in Satellite Beach on Dec. 22, 2019. She was taken off life support on Christmas Day.

Council members spent time discussing open meetings, although Lauredo did not want to allow it Tuesday night because “those are the rules” in place. Several media outlets also were turned down, but the meeting was accessible, as usual, on closed circuit TV.

Vice Mayor Ed London said, “Other cities, other municipalities, already have open meetings. There should be no reason 15 people can come in with their masks on and speak. We need to get this done much sooner, than later.”

Open meetings seem likely to return in May. A public gathering, set for May 17, has been shifted to the Community Center gym in anticipation of a large audience offering suggestions to combat the recent trend of juvenile crime and delinquency.

Fausto Gomez, the newly elected president of the Key Biscayne Condominium Presidents’ Council, said he is proposing a community-wide workshop on how to reduce insurance premiums, which soon may go up as much as 35%.

Other items he brought up included an electric vehicles garage, special parking areas for construction vehicles and the daily removal of beach furniture behind condos.

Never too early to prepare for hurricane season

Fire Rescue Chief Eric Lang said it’s not too early to plan ahead for hurricane season, which begins June 1.

“Last year, we had 30 named storms, and went into Greek alphabet,” he said. “They’re looking at another active year, but you never know ...

“As a Village, I can assure you we are ready” he added, showing his Comprehensive Emergency Management Plan, which includes mandatory evacuations ordered by the Mayor, search and rescue, damage assessment, and debris management.

The latter issue was the focal point of his discussion. Currently, he said, Village Green is the only ideal place to unload debris, logistically speaking, for entry and exit for trucks and placement of a chipper. Other sites mentioned were the field at St. Agnes Church, the Cross Bridge parking lot, the Entry Block (for a small storm), Virginia Key, mainland Miami and even the MAST Academy fields, although that did not appear feasible.

Council members voted 7-0 to pass the ordinance for the $1.3 million-plus investment into “530 Crandon Park.”

A discussion about using a type of permeable concrete was brought up for drainage issues, but there also was discussion on how to take care of it.

“Let’s take a look,” Mayor Davey said. “This is the center of the island, so make it shine, even if we have to go out every once in a while and clean it up (power wash).”

Segurola’s suggestion that kids should submit ideas to name the park went over well, and members agreed it should not be named after an individual.

At issue was whether or not the towers were legally permitted in that zone in the first place when a permit was issued in 2018. An appeal by condo owners was regarded as “untimely” even though Gibbs said his clients never received notice, nor is anything on record that documents when the planning department issued their decision.

“We filed the papers once we got the information (two years later),” Gibbs said. “It’s a Catch-22. My clients were used in many ways. They went to the city (various times) and asked how can you help us? All my clients got was to tell their stories and they said it was unfair ... this is one big charade.”

“It’s unfortunate his clients didn’t get notice,” said London, who brought back the idea of perhaps administrative notices appearing in the weekly paper. He also pointed out, based on his experience in that industry, that the six-foot antennas could be installed into trees or other artwork to satisfy the clients’ need for aesthetics.

riedman said Gibbs can take his case to court.

- Interim Village Manager Charles Press said staff is looking into a better price than the estimated $197,000 for the resurfacing of the Community Center pool and deck.

- A unanimous vote cleared the way for a bond not to exceed $750,000 for a new fire truck and inclusive of equipment.

- Mayor Davey wants a five-person task force (two condo owners, two homeowners and one business person) to determine what level of service should be required for the island’s citizens when it comes to stormwater rates and percentage of costs.

- Preliminary talks closed the evening regarding the importance of advisory board members and how many should citizens be on, and the impacts of conflicts of interest.

Boomers proof that rules are meant to be bent or broken