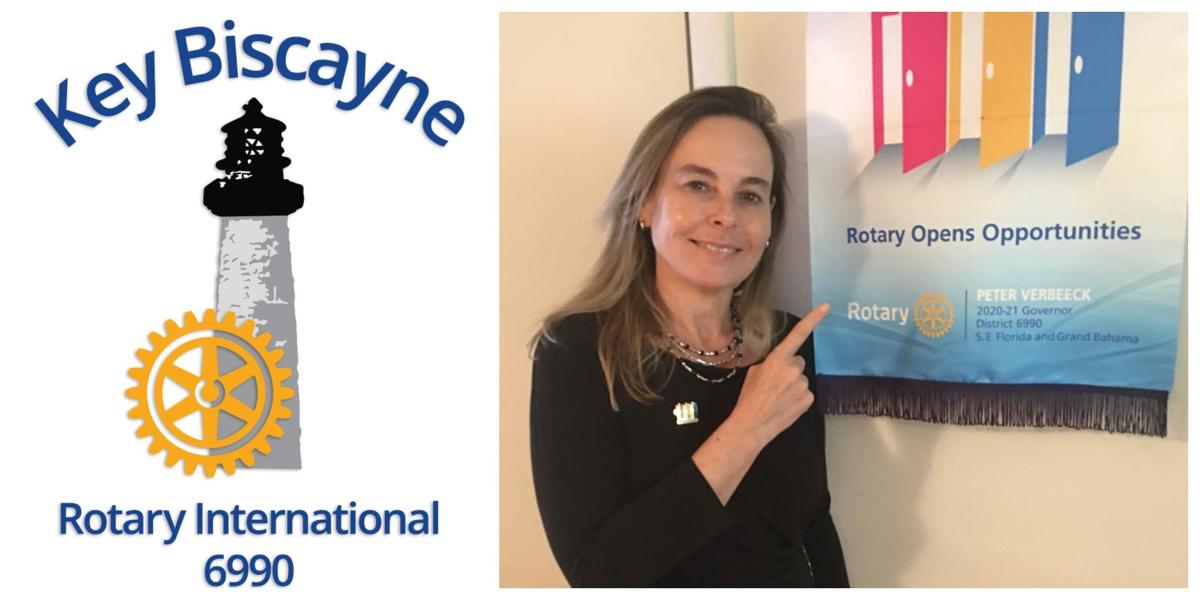 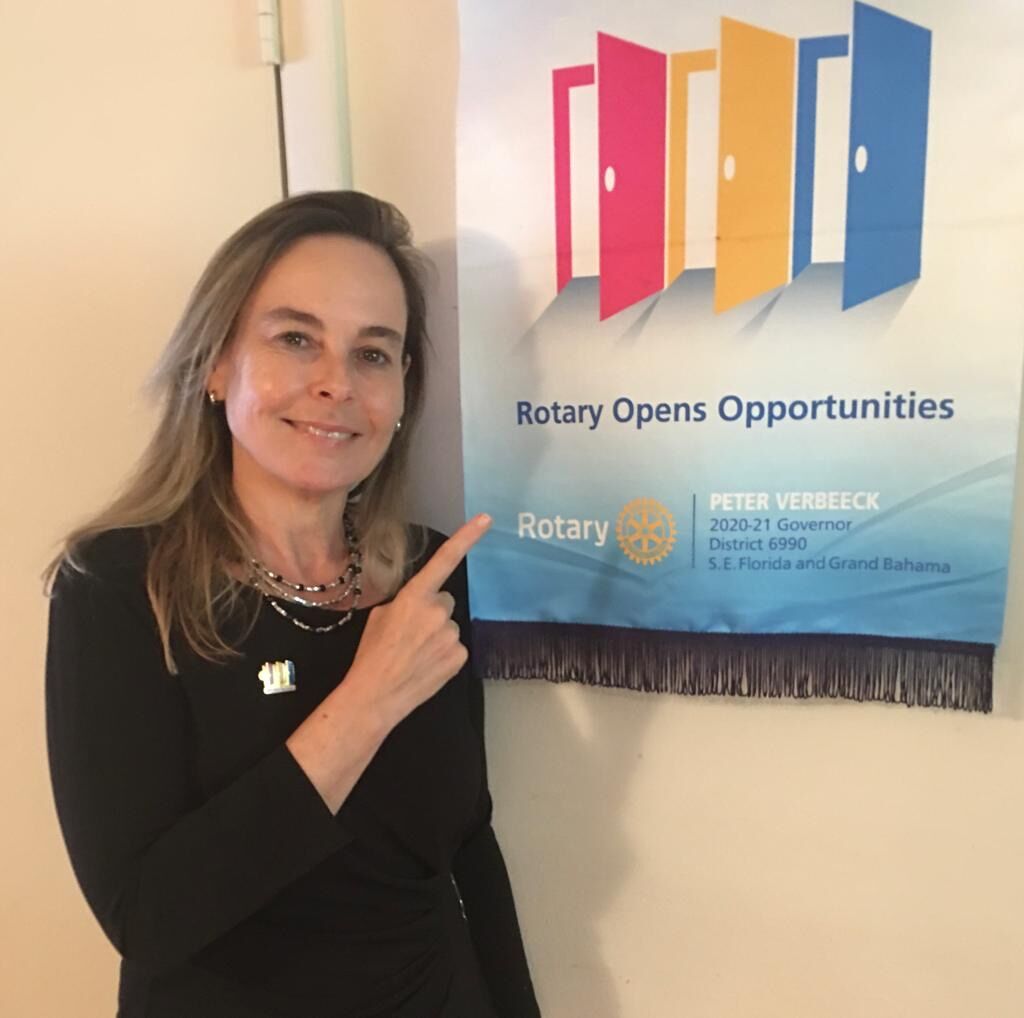 In early July,  Ines Lozano was sworn in as the Rotary Club of Key Biscayne’s president for 2020-21. The annual officer installation ceremony was held virtually, on Zoom, with nearly 40 members, family and friends joining online.

Lozano assumes the position from Patricia Amat y Leon, who led the club during one of the most disruptive periods in its history. The year was dominated by COVID-19, which caused a radical change in how the club met, performed projects, participated in district events and more. Despite these challenges, the club remained active with more than $65,000 in scholarships, COVID-19 assistance, local and global charitable grants.

Lozano has a stellar background in education, community service, charity and volunteerism. Her father, Ambassador Tomas Lozano, was a humanitarian and a Rotarian in Panama and Spain. Ines has more than 30 years experience in education. As the daughter of a diplomat, she lived in many countries, including Italy, Portugal, Spain, Uruguay, Bolivia and Panama. She holds a degree in Education from Marymount University and a Masters in Applied Linguistics from Nova University.

Lozano founded Flying High for Haiti, a non-profit involved in school building, educational programs, disaster relief and other projects on Haiti. She has a special relationship with the severely underserved community of Ile-a-Vache. Her deep involvement gained recognition from the community, which named her Ambassador of Ile-a-Vache in 2017.

Ines resides in Key Biscayne with her husband of 30 years, British journalist David Adams. Their son, Mikey Adams, was president of Rotary’s INTERACT Club at Mast Academy and now carries on the family tradition of humanitarianism working with the nonprofit, Parley for the Oceans.