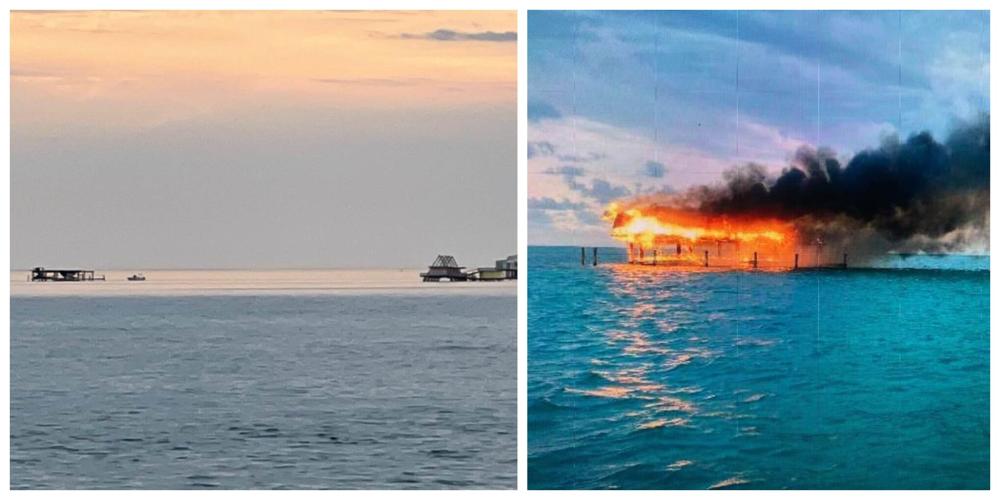 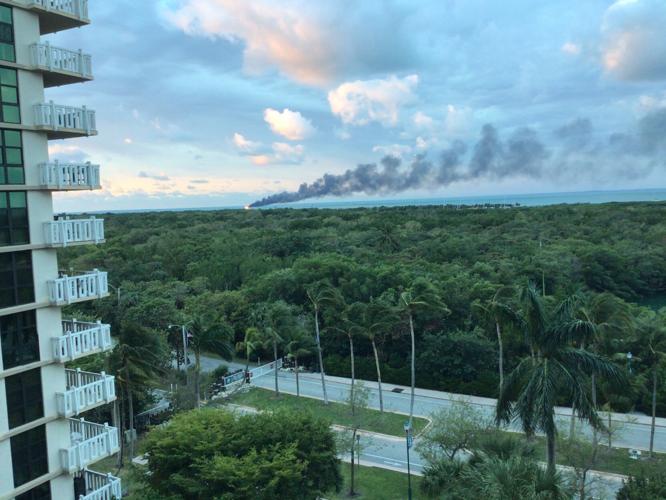 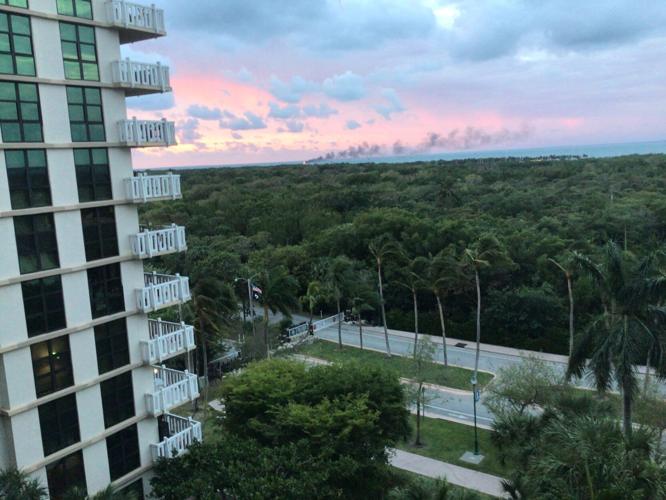 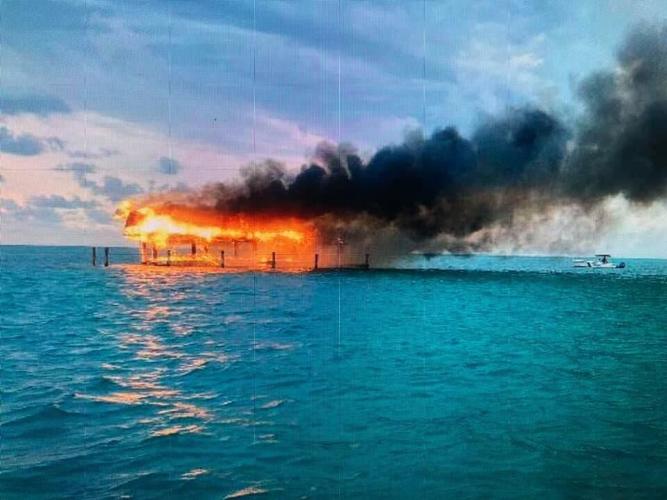 Police officials are continuing to investigate a Monday fire that consumed one of the historic Stiltsville homes located in the waters off of Bill Baggs Park in Key Biscayne.

Firefighters and police teams from the area responded to the fire at about 8 a.m. and immediately started fighting the blaze with high-pressure water hoses from their boats. The house was completely engulfed in flames, according to video from local television news channels.

“The house was made mostly of wood on concrete stilts,” said Pete Sanchez, a spokesman for the Miami Fire Rescue. “The wood caused it to burn quickly and intensely because there was a lot of wind.”

Once the flames were controlled, firefighters searched the structure and the surrounding area and determined that no one was inside the house or in the water.

Witnesses could see a large column of smoke and flames engulfing the old wood-frame structure on pilings. Firefighters from Miami and Coral Gables responded to the scene.

Dani Cessna, a spokesman for Biscayne National Park, said there were no boats docked at the home. The cause of the fire is being investigated by Miami Fire Rescue and the Florida Fish and Wildlife Conservation Commission, Sánchez said.

Cessna said the state's Bureau of Fire, Arson and Explosives is also investigating. The homes in Stiltsville are part of the Biscayne Bay National Park, and protected by the state for tourist use.

The homes, seen from the south shore of Key Biscayne in Bill Baggs Park, are built on concrete stilts about 10 feet above the shallow waters of Biscayne Bay.

They are a historical tourist attraction. They can be rented for special events from the Stiltsville Trust, which is in charge of its administration and protection.

Eddie Walker erected the first stilt house in the 1930s, exactly one mile offshore -- to be outside of the legal jurisdiction preventing gambling. The house, known as the “Crawfish Eddie,” was a place for gambling, and for selling drinks and bait to boatmen. Several people who visited the establishment apparently enjoyed the place and decided to build their own stilt houses. The clubhouses were used for private meetings, exclusive, and outside the eyes of the law.

The first was Calvert Club, which became a hot spot for celebrities, politicians and tourists who came to Miami. Then others sprung up, like the Bikini Club, which offered free drinks to girls in bikinis and had an exclusive deck for nudists. The club was closed in 1965 for selling alcoholic beverages without a license.

According to the National Park Service, at its peak in the 1960s, Stiltsville was home to 27 structures, but many of those structures were destroyed by hurricanes and fires.

Hurricanes King, in 1950, and Hurricane Betsy, in 1965, destroyed most of the houses. But many remained standing, and since 1980 they were incorporated into Biscayne Bay.

We will continue to provide information as it becomes available

Can I get Monkeypox from a handshake?

U.S. Nursing Homes Are Understaffed, But Minority Communities Have It Worst

How Worried Should You Be About New Reports on Polio?

How Much Does In Vitro Fertilization Cost?

U.S.-Russia Nuclear War Could Leave 5 Billion Dead Due to Famine