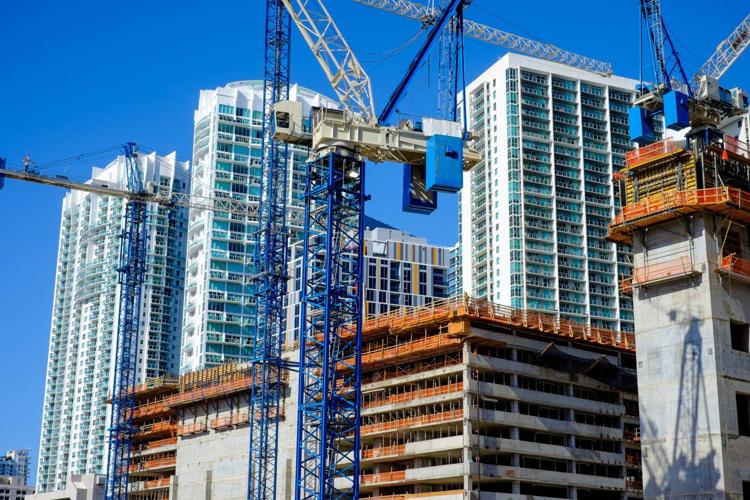 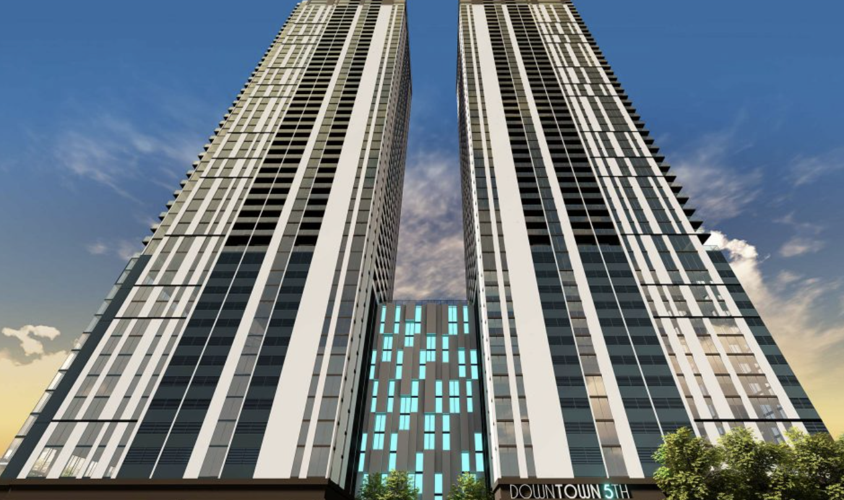 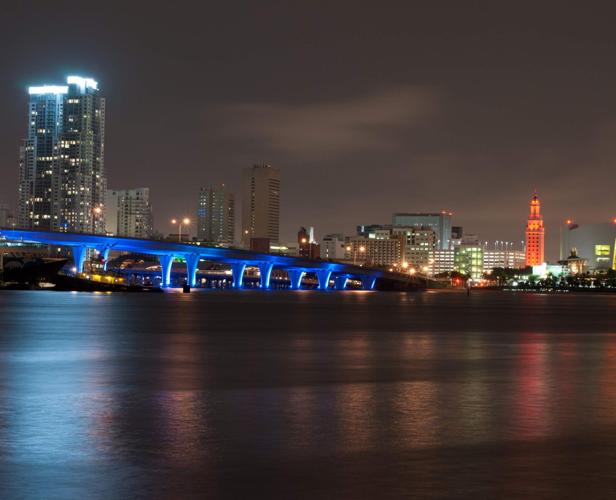 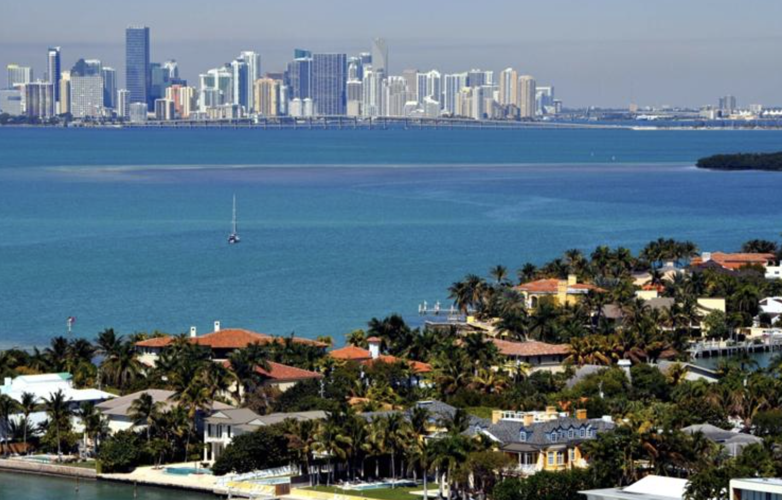 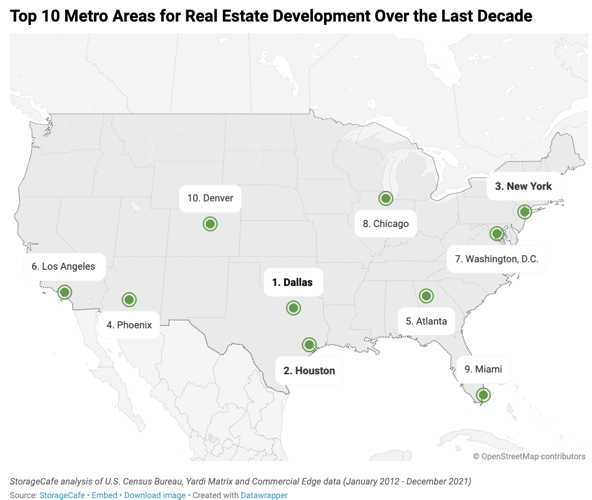 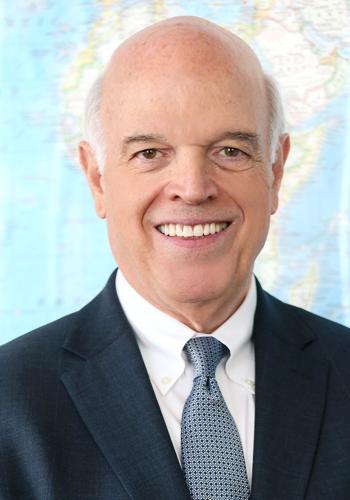 Another list means yet another milestone for Miami's booming real estate market.

The latest insight comes from Yardi Matrix and StorageCafe, which shows the Miami metro area emerging as the nation's ninth-most active real estate market over the past decade.

The report takes a deep look at sustained construction activity in the single family, multi-family, self-storage, office, retail and industrial sectors in the country’s top 50 largest metro areas from January 2012 to December of 2021.

Some key takeaways from the analyses by Yardi Matrix, a statistical platform dedicated to the support of real estate investment management, and StorageCafe, a nationwide self-storage search website and a part of Yardi:

- Residential construction activity in the Miami metro area (which includes Fort Lauderdale and Pompano Beach) was at a much higher level for multi-family than for single-family projects during the past decade. Almost 130,000 apartments were permitted between 2012 and 2021, compared to 68,000 houses. Miami's area actually ranked seventh nationally for the multi-family sector -- almost two times the equivalent figure for Chicago.

- Not only did the pandemic not slow the market, but in 2021, the highest numbers of apartments in the entire decade got the go-ahead in Miami -- more than 17,000. In addition, more than 8,300 permits were issued for single-family homes.

The report likened new Miami-area developments, such as Downtown 5th, which it called "a 2021-delivered luxury rental property with more than 1,000 units (which) are answering increasing demand for premier living in one of the country's most appealing urban hotspots."

The report's Top 10 metro areas for real estate development over the past decade:

Orlando and Tampa made it into the Top 20.

That report has been just one of several lately linked to the red-hot real estate market in Miami.

According to the Annual Rent Report by Zumper, the largest privately-owned rental platform in North America, the median monthly rent for a one-bedroom apartment in Miami increased by 38.29%, to $2,280, over the past year — the highest increase in the country.

According to a Bloomberg Wealth story in mid-March, Orlando was second at 19.9%, the only other Florida city in the Top 20 list, based on the latest CoreLogic Single-Family Rent Index.

So, who's been buying and renting?

Institutional investors now buy 33% of the homes in the U.S., according to John Burns Real Estate Consulting, which says it is a 5% larger share than the average over the past decade. According to Redfin Inc., that alone could likely push rents even higher, since would-be buyers of houses are increasingly turning to rentals because they can't find, or can't afford, their dream houses.

Earlier this year, Miami was ranked as the most expensive housing market in the U.S. (surpassing New York and Los Angeles), and Miami’s luxury market now tops the global arena, passing the likes of Seoul, Shanghai and Moscow.

Veteran real estate agent Monica Steinmuller, of Coldwell Banker Residential Real Estate on Key Biscayne, said a lot of factors have led to high buyer demand and a lack of inventory in many areas across Miami, including "our inviting South Florida lifestyle."

She also pointed to Florida's low taxes, low mortgage rates, relaxed COVID restrictions, major U.S. companies moving to the area, and the expansion of remote work having all factored in to the surging migration to South Florida, part of the more than 650 “net” new residents moving to the state each day.

According to RealtyHop’s Affordability Index for February, Miami became the “least affordable city in the U.S.” (or the most expensive, if you prefer), with residents needing to contribute 78.71% of their income toward home ownership costs. That obliterates the industry standard's typical "28% rule," which states that 28% or less of one's monthly gross income should be spent on mortgage payments.

Similarly, prices rose on Key Biscayne. Take, for example, just the three-month period starting in August of 2021, when single-family homes rose to a median price (half sold for more and half sold for less) of $3,395,000 vs. $2,425,000, a 40% increase over those same months from 2020, according to data from Ron Shuffield, president and CEO of Berkshire Hathaway HomeServices EWM Realty.

With Miami becoming the nation's leader in housing rental prices, Miami-Dade County Commissioner Eileen Higgins led the charge to convince the Board of County Commissioners to approve legislation in March requiring “fair notice” from landlords who increase rent prices in both incorporated and unincorporated areas of the county.

The legislation mandates a 60-day written notice before a landlord may increase rent by more than 5% when the current lease ends. It also extends written notices for eviction from 30 to 60 days for month-to-month tenants.

“We’ve heard our residents and we’ve seen it in our community,” Commissioner Higgins said. “Rents are going up too high, too fast. Countless households live in fear of receiving a scandalously high rent increase with little to no notice.”

According to the Miami Herald, the average monthly rent in Miami was $3,020 as of December, a 34% annual increase.

Steinmuller explained to the Islander News that rent increases might not directly be the fault of landlords.

“A lack of inventory and bidding wars are pushing (potential) buyers with less capital into the rental market,” she said, “which has added to the tightening of the rental inventory and, consequently, driven up prices to excessive levels for locals.”

And, finally, when it came to the luxury home market, Miami led the world, according to an analysis by the British-based firm, Knight Frank, which showed prices on the high-end scale increased by more than 25% over the past year. It was the first time Miami topped the charts since the index was created in 2007.

A February report by multihousingnews.com indicated that Mast Capital will be adding to the area's luxury market by unveiling plans for a 2.6-million-square-foot development in a prime area of land purchased for $103 million on South Miami Avenue in South Brickell.

The company's vision for the site includes an 80-story condo tower with 400 residences -- targeting a selloff near $1 billion -- and two other high-rises totaling 850 luxury apartment rentals, built in partnership with the Rockpoint Group. The site had sat dormant for more than 15 years. Groundbreaking could begin by the end of 2022, with delivery slated for the second quarter of 2025.

Realtors do double duty, repping buyer and seller, in a week with no KB sales

Mel B: ‘James Corden is one of biggest d***heads in showbiz’