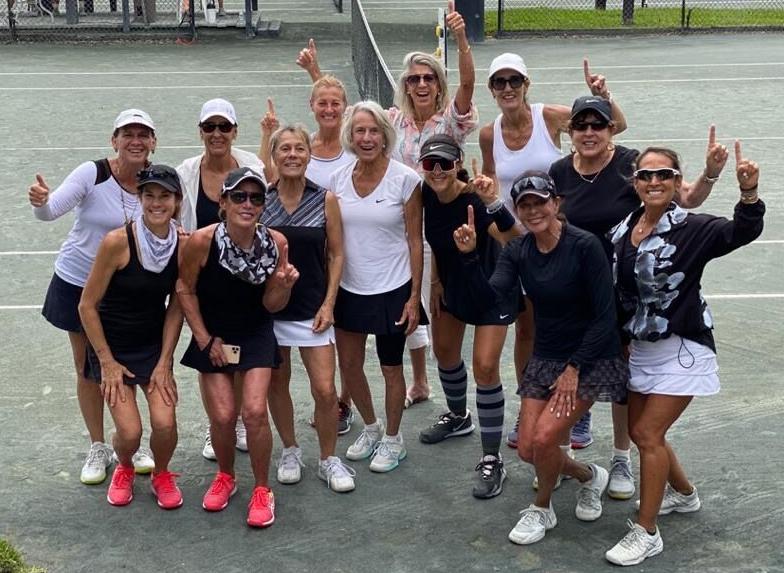 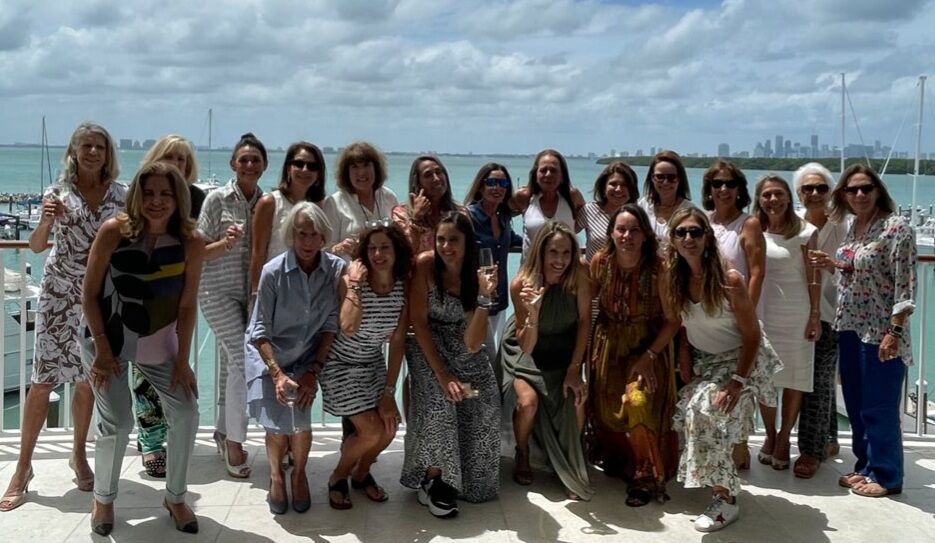 They say it’s not about the destination, but the journey. However, for a trio of local tennis teams, success in their South Florida Women’s Doubles League season gave them the best of both.

Bound and determined to beat their best efforts to date and battling through a pandemic, a group of women representing Key Biscayne won the B-1 Division and moved up to the prestigious Beta Division.

“At the beginning of the season in October 2020, we were extremely cautious with everything,” said team captain Jeanne Viergutz, regarding Covid-19 concerns.

“We followed every rule and precaution (that was) suggested just to be able to stay out there on the court playing. We wore masks, we used hand sanitizer, we chose separate benches with little social interaction, and communication between players was limited. It was hard.

“Part of our experience as tennis teammates is getting to know one another, giving a helping hand when needed, celebrating birthdays. If a teammate traveled, we asked them to get tested and quarantined. Everyone was very transparent and mindful of one another’s comfort level.”

Viergutz said tennis became an important outlet since their lives “became very localized to our homes.”

“We all knew that one of the safest sports during the pandemic was tennis,” she said. “... getting out on the court kept us healthy, sane and (we had) some fun and surprising results. It made the team stronger … we played hard but we took care of each other.”

With 28 women of all ages and skill levels on the Key Biscayne tennis team, the victory was a culmination of collective determination and focus that Viergutz said was more than expected.

“We went into our last match with a slight lead,” the Key Biscayne resident explained. “We only needed three wins (out of six) that day to stay in first place by one point.

“We had not lost a match since January. My partner and I were the second to the last game to finish,” the captain recounted. “We had won in a third-set tiebreak. As we walked toward my teammates, who had finished their games, they held up their hands showing five fingers. That’s when it hit me, when we had won the division.”

Their last team posted another win 15 minutes later, capping a day in which all six teams were victorious.

“We’ve been diligently working our way up and finally, clearly, won the division this year,” said Ricki Garito, the co-captain.

The Key Biscayne Tennis Association provided an accommodating and comfortable tennis facility for both the KBTA team and visiting opponents, although post-match luncheons could not be held.

The season’s 14-match accomplishment had Viergutz reflecting on the past and appreciating the present.

“I immediately started looking for players and contacted pros at all the major parks nearby, asking if they had players who might like to play team tennis and compete. We ended up with two teams; a B-2 entry-level team for players who had little competitive experience and our B-1 team with more experience and some new players.”

“I think because of the pandemic and other activities that weren’t available to us, we focused more on tennis, and it really became a priority to win it this year,” Garito said. “It turned an already unified team into a highly competitive winning team.”

The champions celebrated their winning ways with a luncheon at the Key Biscayne Yacht Club.